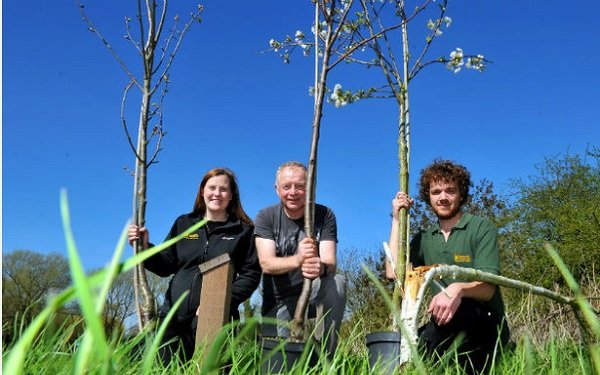 A garden centre is replacing memorial trees snapped by vandals at a country park.

James Coles and Sons Nurseries, of Thurnby, is to replace six memorial trees destroyed by vandals during a £5,000 rampage through Watermead Park, near Birstall.

Clinton Barratt, tree production manager at the nursery in Uppingham Road, said the trees would be provided free of charge.

He said: “We read in the Mercury about how these people had gone through the park smashing the place up – it is absolutely disgusting.

“Replacing the memorial trees is the least we can do.

“I, and members of my family, use the park and we are horrified at what has happened there.”

The vandals smashed metres of fencing, threw benches and bins into the lake and uprooted signs and gates. Senior park ranger Dale Osborne said he believed the vandals struck between 8pm on Saturday and 8am on Sunday.

Park ranger Jenny Murphy said: “It is very kind of the garden centre to replace the trees free.

“We have had a great reaction from the public – it has been quite overwhelming, really.”

Angry residents of Syston, Birstall and Thurmaston are rallying round and have organised a public meeting to help repair the damage.

She said: “We will show these mindless vandals they will not win.

Another resident, Georgie Budding, has started an online fund-raising drive.

Pc Ian Mundy, who is investigating the incident, said: “We need to catch the people responsible and would urge anyone who has any information about the incident or the perpetrators to get in touch on 101.”