Garden Bridge unveils images of how trees and plants will look 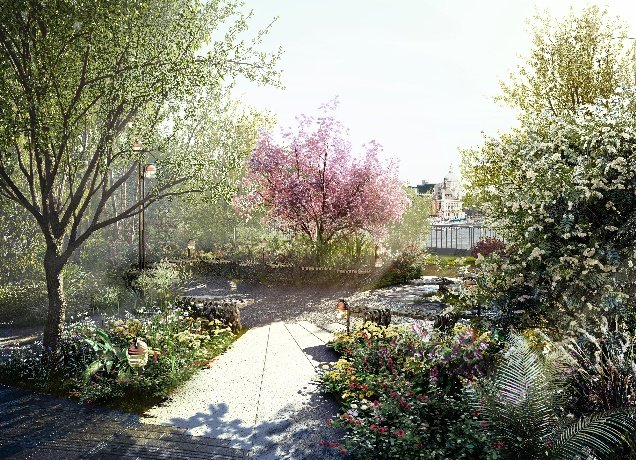 The Garden Bridge has unveiled new images of what Thomas Heatherwick’s structure will look like once it is built.

Five areas of the bridge have been earmarked for planting, starting with the South Bank which will include species once common on Lambeth Marsh and central London. Next, the South Glade will be woodland featuring plants known for spring blossom and autumn fruit. The Scarp will be the central span and is designed to create an environment similar to a cliff top landscape.

The North Glade will be a second woodland area which takes inspiration from the parks and gardens of old London. The final North Bank landscape will echo nearby Temple Gardens with scented late winter and early spring flowering shrubs.

Garden designer Dan Pearson is behind the plans and said: “There are so many exceptional moments from gardens past and living green spaces around us today and the Garden Bridge will complement and continue this rich history of horticultural excellence in London.”

The Garden Bridge Trust, the charity which is behind the bridge, said upmarket retailer Harrods will be hosting a fund-raising event for the bridge with the store’s flagship restaurant transformed into a garden, where guests will take part in a live auction.

A judicial review into whether the Garden Bridge can be built at all is also due to take place next month.

Lambeth resident Michael Ball will argue in the High Court that Lambeth council should have got more certainty about the financing of the long-term maintenance of the bridge and that it failed to comply with its duty to protect the settings of listed buildings in the area.

The trust is hoping construction work can start early next year and be completed to open in summer 2018. French contractor Bouygues will be in charge of building work.