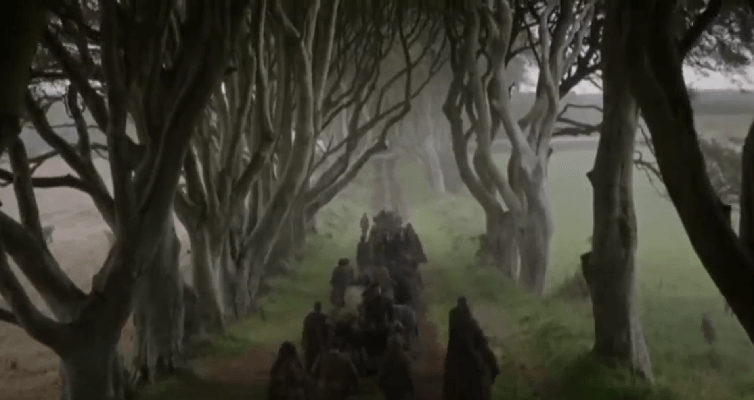 A tree made famous by the HBO show Game of Thrones has been uprooted due to gale force winds.

The Dark Hedges, a tunnel of beech trees which prominently featured in season two, are located in Northern Ireland, on the Bregagh Road near Armoy.

The location was hit by 60mph winds over the weekend, with the tree coming down on Saturday night (26 January).

Game of Thrones fans from across the world have travelled to the area to walk down the route.

The trees were planted more than 200 years ago at the entrance to the Stuart family’s Gracehill House mansion. There were originally 150 trees, but that number has since fallen to around 90.