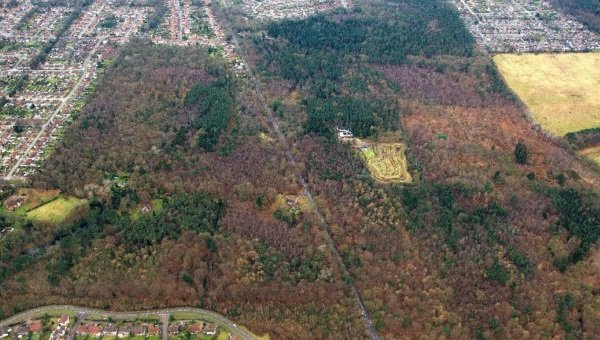 A woodland near Plumpstead Road East is a point of controversy between campaigners and developers who cannot agree on the most appropriate way to utilise the space.

For people living nearby, the land, which forms part of Thorpe Woods, is a tranquil and ecologically important space which should be left untouched. But for developers, Socially Conscious Capital (SCC), it is an area of private land which could be vastly improved as part of its new 300-home scheme.

The northern side of the 70-hectare stretch of woodland, called the Racecourse Plantation, is made up of thousands of native and non-native trees. And it is within this area that SCC is seeking to build the new homes on behalf of landowners, The Thorpe and Felthorpe Trust.

Andrew Simpson, a planner for the developers, said a number of improvements would be made to the woodland as part of the scheme. They include a new woodland park, the retention of the woodland environment and improvements to local infrastructure, including “the Trod” footpath. He also stressed that the location of the new homes would be in a 10 hectare site already used for tree felling.

But Jason Beckett, spokesman for the Friends of Thorpe Woods – a group with more than 1,000 members – feared it would still have a significant impact on the area. He said: “Nobody wants this to go ahead apart from the trust and that has been made clear over the past six years.

“All of this will have a detrimental affect on the wildlife and local people don’t have a problem with enjoying the area as it is now. People are not interested in the enhancement of these woods.”

Mr Beckett, 46, said the group also supported the area being used as a commercial woodland, as many of the felled trees were replanted. The current landowners have a forestry licence that runs until 2023, allowing for the managed harvesting of timber from all three plantations.

But Mr Simpson said: “The tree felling does remove many more trees from the site than a managed development would, resulting in a greater loss of trees than would otherwise be the case.

“Development will only take place on a small part of Racecourse Plantation, about 10 hectares of land, with the remaining 60 hectares being given over for recreation and nature conservation in perpetuity.

“The development area, which can accommodate up to 300 new homes, has been selected because of its low value habitats, consisting of conifer and mixed plantation woodland.”