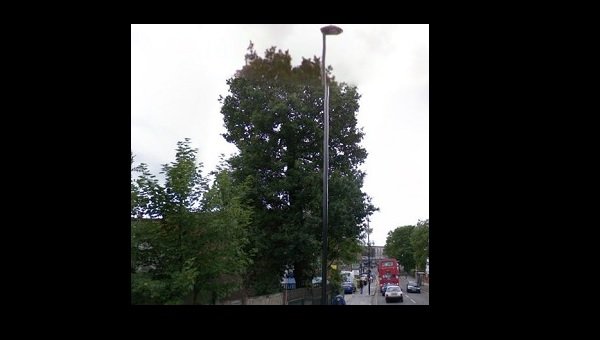 Ealing Council has launched an investigation after a 300-year-old Oak tree in Acton – protected by a preservation order – was chopped down.

The tree was something of a feature at 79 Gunnersbury Lane – however all that now remains is the stump.

It’s claimed that developers working on the site applied to pollard the Oak but in summer proceeded to fell it completely.

”It’s a shocking abuse of the system, they applied for pollarding and they have felled it.
The case has has been reported to planning, and is under investigation, this needs the weight of public opinion to get it moving.”

”It’s shocking that this ancient tree has been destroyed. The Council should enforceTree Protection Orders much more strongly to preserve the finest trees in Acton and elsewhere in the Borough for future generations.”

Complaints have been made to the council’s planning department and a spokesperson said:

” This particular Oak tree was privately owned and removed by private contractors. We can confirm that a tree preservation order was in place and that we did not grant permission for this removal.  A planning investigation into this matter is already ongoing.”

A maximum  fine of £20,000 can be given to those convicted of breaking such an order.