Fungus resistant trees may be more vulnerable to insects 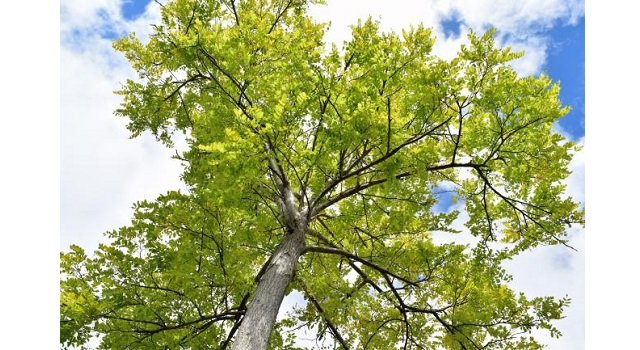 Ash trees which can resist the killer dieback fungus may be more vulnerable to attacks by insects, according to new research.

Scientists from the universities of Exeter and Warwick examined trees which are resistant to ash dieback and – unexpectedly – found they had very low levels of chemicals which defend against insects.

With efforts under way to protect ash trees from dieback, the scientists warn that selecting trees for fungal resistance could put them at risk from insects.

Aside from ash dieback, the other major threat to European ash trees is the Emerald Ash Borer beetle, which has already devastated vast tracts of ash in the USA and is currently spreading westwards across Europe.

“Our research highlights the danger of selecting trees for resilience to ash dieback at the expense of resistance to insects that threaten this iconic UK tree species,” said joint lead author Dr Christine Sambles, of the University of Exeter.

“Ash dieback, which is caused by a fungus called Hymenoscyphus fraxineus, can kill young trees in a season, while older trees tend to decline and die over several years.”

The research, published in the journal Nature, is part of a study involving several universities and Government institutes which looked at the DNA of ash trees in the hope of identifying ash dieback resistance.

Instead of focussing on DNA, the Exeter and Warwick scientists looked at differences in chemical composition between tolerant and susceptible ash trees.

“Plants use a vast range of chemicals to defend against fungal attack, and the primary objective was to identify differences which could be used to screen young ash trees and choose the best ones for replanting,” said co-author Professor Murray Grant, Elizabeth Creak Chair in Food Security at the University of Warwick.

“Our findings underline the need for further research to ensure that we select ash trees resilient to present and future threats.”