Fresh application made to fell protected trees in a Charlwood churchyard 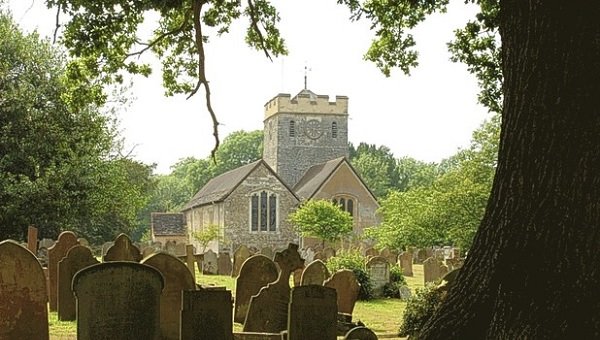 A fresh application has been made to fell protected trees in a Charlwood churchyard.

As reported in the Mirror last year, proposals to fell three trees at St Nicholas’ Church, and cut back several others, were thwarted after fierce criticism from scientist Dr Jayne Cuthbert, who lives nearby.

Members of the church, in The Street, wanted to carry out the work on more than 30 trees to improve the appearance of the churchyard.

After initially offering no objection to the works, Mole Valley District Council (MVDC) then served and confirmed a tree preservation order (TPO), meaning any proposed work at the churchyard requires an application to be sent to the district council.

But in January the Diocese of Southwark, which is responsible for St Nicholas’, submitted a new application to work on several trees, including felling three yews. In its application, available to view on MVDC’s website, it says one yew is to be felled to “open up the historic view of the church from The Street and to avoid further damage to headstones”. Another yew is described as a “poor quality specimen” and a third is said to “obscure” a view of the church.

Scientists and environmental groups have opposed the work and are calling on the council to reject them.

In a letter to the Mirror, Dr Cuthbert said: “A number of items ‘obscure’ the church if one stands in the wrong place to look at the building – the war memorial, the hedges of people living along The Street; common sense is required when taking photos.”

Environmental groups have also written to the council asking it to refuse the works.

Hilary Griffiths, a co-ordinator for Friends of the Earth, wrote: “None of these are reasons to overrule [a TPO] and to destroy trees of historic value. Once gone [they are] never to be replaced. A little skilled pruning should be quite sufficient.”

Nigel Palmer, from Care for the Wild, said in his letter that he was “dismayed” by the new application and Andrea Gilpin, national projects manager for Caring for God’s Acre, said the organisation opposed the work.

Lorne Cox, church warden at St Nicholas’, said they would not be commenting on the application at this stage.

Officers will grant or refuse permission later this month.