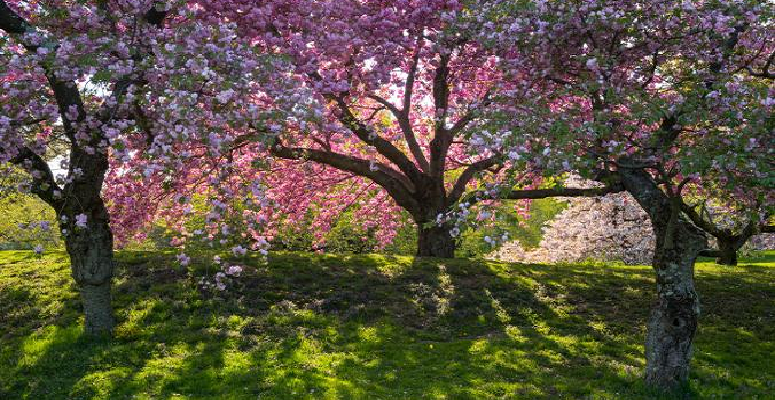 About 92 million years ago in what’s now central Utah, a terrible storm blew over a huge flowering tree, which was washed down a river and into an ancient delta. Sediments buried part of the tree’s trunk, which then mineralized—preserving a fossil that’s now breaking records.

In a new study published on Wednesday in Science Advances, researchers present the oldest evidence of large flowering trees in North America. The record-breaking fossil is a petrified log nearly six feet wide and 36 feet long. Researchers say that the tree probably stood about 170 feet tall in life, making it twice as tall as Utah’s tallest living tree.

The fossil tree trunk probably belongs to Paraphyllanthoxylon, an ancient genus known from other fossils. But this tree lived and died a full 15 million years before the next oldest North American fossils of a large flowering tree. (See the oldest living tree in Europe, and find out why it’s having a growth spurt.)

“It’s not necessarily surprising, because we know that there’s a rich angiosperm flora at that time,” says Nan Crystal Arens, a paleobotanist at Hobart and William Smith Colleges who wasn’t involved with the study. “But it’s the concrete, put-your-hands-on-it proof that those big trees were there.”

Finding fossils from this time period, called the Turonian, has been a challenge, because sea levels ran high at the time, which means that most Turonian sediments capture what was happening in the water, not on land. Fewer than a hundred known fragments of angiosperm wood are more than 84 million years old, and most are from tiny trees less than four inches in diameter.

“This tackles a time period that’s really under-sampled … so it was really nice to see this come out,” adds paleobotanist Dori Lynne Contreras, a Ph.D. student at the University of California, Berkeley.