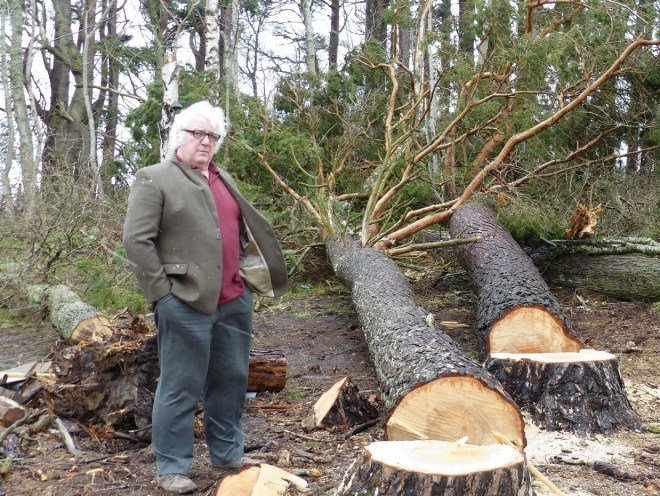 A veteran Highland councillor is facing a Standards Commission hearing next month for an alleged breach of conduct, the Press and Journal has reported.

Culloden and Ardersier independent member Roddy Balfour, a former solicitor, intervened in a dispute between the council and near neighbour George Byers, who was felling trees in his own garden that were the subject of a protection order.

The investigating Commissioner for Ethical Standards referred the case to the Standards Commission which will hear the case in Inverness on May 12.

It will focus on a claim that Mr Balfour breached the rules governing members’ behaviour while representing the council on official business.

A spokeswoman for the council said: “Councillor Balfour is still a councillor and this is a matter for the Standards Commission to deal with and we will stand by their decision.”

Mr Balfour called the police when he spotted a private contractor hired by Mr Byers felling two Scots pine, a Douglas fir and an oak.

Mr Byers, of Carrickholm, Croy, took the law into his own hands after several years of wrangling about the trees with the council.

He has argued that the local authority failed to give sufficient public notice of the trees order. He also claims that they had become a hazard to his home and passing pedestrians and motorists using the B9006.

In the wake of the complaint against the councillor’s handling of the issue, Mr Balfour said he had intervened in response to a call from an anxious constituent.

Mr Byers, 67, yesterday declined to comment on the hearing.

But he said: “The council maintain there’s a preservation order in place but we have concrete evidence that I was perfectly entitled to take down the trees even if there was an order in place because the trees were deemed as dangerous by four independent people – three local forestry contractors and a qualified arborculturalist from Stirling.”

According to Scottish Government guidelines, it is an offence to cut down, uproot, wilfully destroy, wilfully damage, top or lop a tree in a manner likely to destroy it if a preservation order is in place.

Image courtesy of The Press and Journal