Forestry worker critical after being hit by falling tree 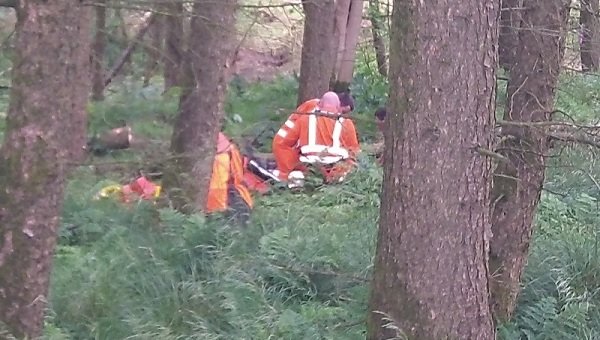 A man has been airlifted to hospital in Newcastle after being hit by a falling tree. Emergency services were called to the incident at Catlowdy in north Cumbria at 10am, Sunday 29 June.

A forestry worker aged in his 20s suffered serious back injuries.

“On arrival the Aircrew Doctor and Paramedic made their way to the patient who was located in a woods, they assessed and treated the man for his injuries.

“They where later joined on site by a NWAS Paramedic crew who assisted in carrying the patient to the helicopter before he was flown to the Royal Victoria Infirmary in Newcastle.”

His condition is described as critical.