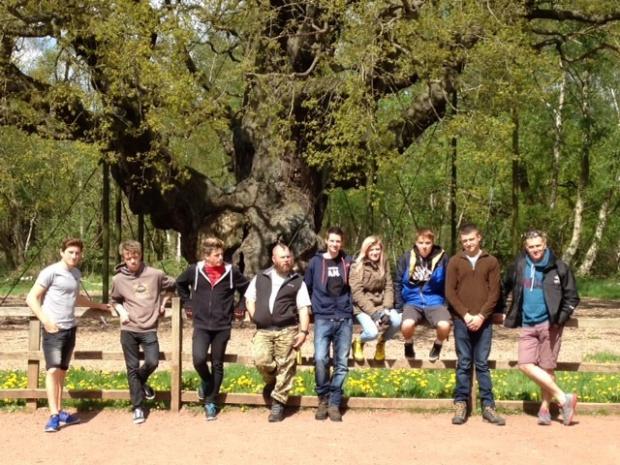 Forestry students at Bridgwater College recently visited some of the oldest trees in Europe during a trip to Sherwood Forest.

The forestry and arboriculture students visited the former royal hunting forest and home to the legendary Robin Hood where they were given the opportunity to tour the forest, which contains veteran oak trees dating back more than five centuries.

The tour also included the world famous “Major Oak”, an English oak, which has stood at the centre of the forest for an estimated 800 years and is said to have been the shelter of Robin Hood and his Merry Men. As part of the trip, the group also visited Derwent Reservoir, which was used by the RAF in World War Two to practice the deployment of the “bouncing” bomb and learned about the management of highly used wooded areas whilst improving their tree identification skills.

Matt Farrell, who is studying the Level 2 Forestry and Arboriculture course at the College, said: “We had a fantastic time looking at and learning about the management of different types of woodland, practicing and improving our tree identification as well experiencing a World War One trench.”