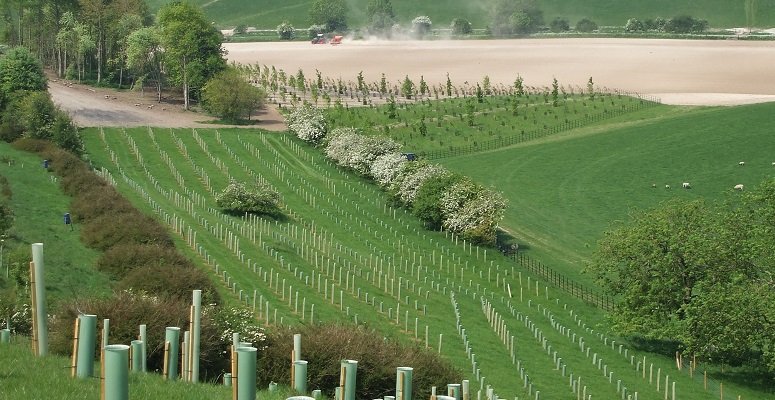 Climate change targets will not be met without a significant increase in tree planting and far greater use of timber in construction.

That was the clear message from Lord Deben, Chair of the Committee on Climate Change (CCC), when he addressed the All-Party Parliamentary Group on Forestry (APPGF) today. He told the APPGF this was a time of enormous opportunity for forestry and wood, especially as more land traditionally used for agriculture would become unprofitable under likely post-Brexit changes to farm subsidies – but he warned the industry there was hard work ahead to seize the opportunities.

“There is a context where forestry is in a very strong position but the coda is this; ministers want to have industries which are united in what they ask for,” Lord Deben said. “This is a crucial part of what the forestry industry has got to do and includes reaching out to the agricultural community.

“You have a real opportunity, you are right to be enthusiastic – but the Government is not good at finding answers in detail. It’s the industry that provides answers but you have to convince the government that the whole industry will back [those ideas]. You have a really important job to deliver one voice, one programme, and get the government to take action.”

Stuart Goodall, Chief Executive of Confor, said the private sector was now speaking with a unified voice, but urged the Forestry Commission, with its huge role as regulator, grant provider and manager of the publicly owned forests, to work more closely with the private sector. He added: “Unlike other industries, forestry has this influential public body that is in a key position to work with us to develop solutions and then to help drive them through – to make planting happen. We have to make the planting processes simpler and more certain; things have improved but not yet far enough.”

Earlier, Lord Deben had said that the UK could not meet statutory targets to reduce carbon emissions, which parliament has signed up to, without fundamental changes to land use – which meant much more forestry. Taking carbon out of the atmosphere was crucial to moving towards the targets and trees were vital to delivering this, he added.

“We need to sequestrate carbon and we need a regime that allows people to invest in sequestrating carbon in a way that is not unprofitable,” he said.

“We need the structure to make it possible. (And) we need to get more wood into the building industry to lock up carbon.”

The real opportunity for forestry, he said, came from post-Brexit funding proposals for agriculture, which could represent the biggest change to the countryside in almost 200 years. “No living farmer has ever worked in a situation where they do not get any production support,” he said. “If you look at the profits of farmers and you take away subsidy, agriculture is in a very different position.

“We have to plan for the fact that there will be a substantial amount of land which will no longer be viable for the traditional kind of agriculture. We have to help the government to find a process where land which is not going to support people through traditional farming can support people through forestry. That needs a package that enables people to do it – because forestry is a public good, as it is taking carbon out of the atmosphere. As the effects of climate change become more obvious, I think the argument [for forestry] becomes more acceptable.”

Lord Deben said Philip Hammond’s £50 million in carbon guarantees to provide liquidity for tree planting top-up payments – announced in his November 2018 Budget – was highly significant because it recognised the long-term value of planting trees in terms of carbon sequestration.

After the meeting, Mr Goodall said that the Committee on Climate Change had published potential scenarios that should drive ambitious targets – and Confor and the wider industry would work with government to meet them. He said Confor’s initial calculation was that it was feasible to push up planting rates to 40,000 hectares per year across the UK by 2030 – with 50% of that delivered in Scotland, 25% in England, 20% in Wales and 5% in Northern Ireland. The UK is expected to plant over 10,000 hectares in 2018/19, overwhelmingly in Scotland which has a stepped target increasing to 15,000 hectares per year by 2025.