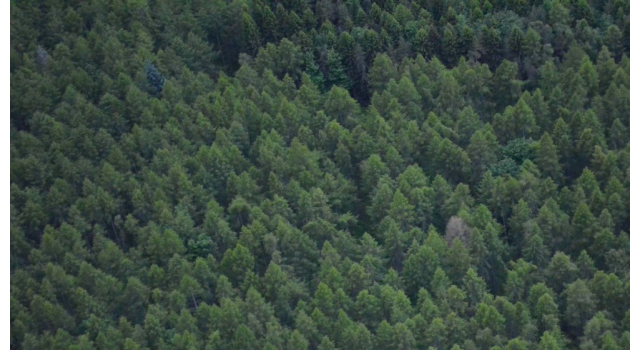 Forestry Commission Scotland is urging anyone working or visiting forests in Angus and Perthshire to ‘Keep it Clean’ following the confirmation of a damaging tree disease in the area.

Phytophthora ramorum has been detected on larch trees at four privately owned sites – three near Forfar and Dundee and one near Perth.

Statutory Plant Health Notices will be served on the sites’ owners requiring the destruction of the infected trees – as well as all larch within a 250m radius.

Dr Anna Brown, Forestry Commission Scotland’s head of tree health said: “Phytophthora ramorum can attack a wide range of trees and shrubs but has had a particularly devastating impact on larch in Dumfries and Galloway, as well as at a number of other sites in west Scotland.”

“Although the disease is not unknown in the east of the country, it is considerably less common there due to the generally drier conditions. It is vital that we remain vigilant in these areas and do all we can to prevent the disease from reaching other nearby sites.”

The Commission’s recently launched ‘Keep it Clean’ campaign advises that because pests and diseases can be carried between sites on the dirt and mud collected on boots, bike wheels, paws and hooves, forest visitors and workers should brush mud and dirt off before visiting a woodland.

Anna added: “Woodland managers have a role to play in slowing the spread of diseases but all of us can help by taking the time to remove mud and dirt off our boots, kit, bike wheels and even dogs paws and horses hooves before we visit woodlands.”

“The countryside remains very much open for business and for visitors but we would urge people to ‘Keep it Clean’.”