A forest resistant to climate change 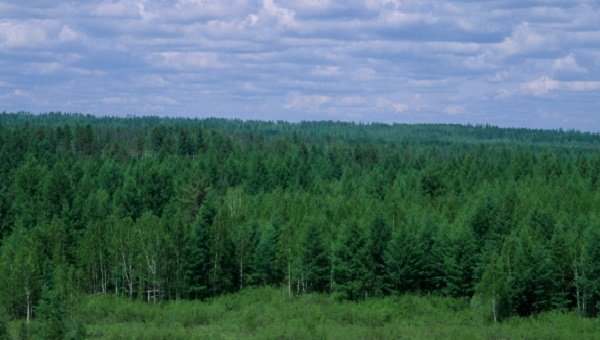 Scientist have warned that the vegetation of the Siberian permafrost could take several thousand of years to adapt to climate change. The intensity of previous ice ages could be a crucial factor in determining how quick the flora is likely to evolve, as temperatures increase. This means Siberia’s larch forest is falling behind climate change by several thousand years.

A study published in Nature Communications observed that in regions where pine and spruce forests should have been growing due to warm air temperature, Siberian larch trees and permafrost vegetation were in fact still thriving. This led them to analyse a million-year-old bee pollen.

Ulrike Herzschuh, lead author of the study, commented: “Based on the temperature increase in the last century the larch forests should have been displaced in the tundra in the Northern Siberia and should have been invaded by pines and spruces from the south. But studies so far have shown only very small changes in the vegetation – and we were wondering why.

“The most recent ice age, about 20,000 years ago, was extremely cold, the permafrost spread over a large area, and forced deep rooted trees such as pines and spruces far to the south. The shallow-rooted Siberian larch trees – which only require a summer thawing of the permafrost soils of 20 to 30 centimetres – were able to survive in protected areas in the region”.

Using a 2.1 to 3.5 million-year-old pollen preserved in sediments at Lake El’gygytgyn the team compared the ancient traces of vegetation with reconstructed climate values of the warm and cold periods of that time. Essentially, their results point to the fact that because the last ice age was very cold, Siberia’s forest lags behind the climate by several thousands of years.

Comparisons between pollen and temperatures revealed that the colder an ice age was, the longer the forest needed to adapt to a new warmer climate. Thousands of years could be needed and not centuries, like scientists thought previously.

But even if it takes longer than expected, pines and spruces will still end up appearing in Siberia – with potentially disastrous consequences for global warming and the future of the region.

“In the wake of sustained warming of the Arctic, pines and spruces are now slowly coming to the Siberian Taiga. This means that the forests will become denser and thus also darker so they will save more heat than before. This fact in turn implies that the temperature in Siberia will rise in the distant future,” warns Ulrike Herzschuh.