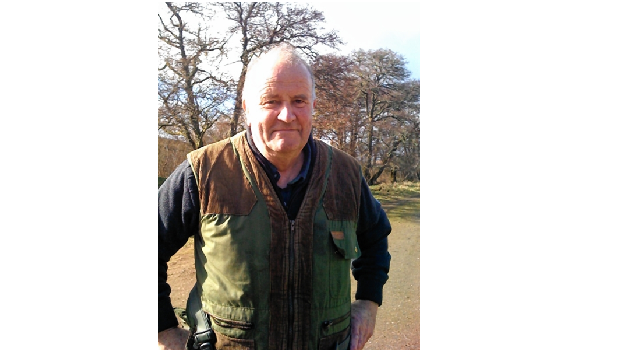 Jonathan Hampton, of Langwell Beag, Ardgay, maintains felling at a plantation near to his land has led to more frequent and more severe flooding than normal of the Upper Oykel catchment area.

He is now demanding to know whether the commission has a flood alleviation strategy in place and is also considering lodging a compensation claim for flood damage to his property.

The Langwell farm is situated on a natural flood plain near the River Oykel which is prone to bursting its banks following a prolonged period of heavy rain.

But Mr Hampton claims the roots of the present day flooding problem go back to the mid 1970s when the Forestry Commission planted around 15,000 acres in an area west of Langwell.

At that time, it was commonplace to dig open channels for drainage, leading to a quick run-off of water. Practices have since changed and now mounds are formed in new plantations, allowing water to soak away more slowly.

According to Mr Hampton, the newly planted forest caused intermittent problems for around 15 years until the trees grew a canopy and the open drains filled in.

In a letter to the Northern Times this week, he stated: “After the trees went in, we suffered 15 years of flash flooding. River banks were demolished, miles of fences written off, British Telecom lines destroyed and sheep drowned. A footbridge was also badly damaged.”

So bad was it that on one occasion Mr Hampton had to be rescued by Sea King helicopter from his flooded home at Langwell Lodge. He has since moved to a new house on higher ground.

However, he said the situation eventually settled down, only for problems to begin again when the Forestry Commission began felling in recent years. It is understood some 59,000 tons of timber have been extracted to date.

Deforestation is a known cause of flooding as trees retain water in their roots and trunks.

“This last year we seem to be back in the ’80s with the river rising and falling at dangerous speed. The river is in the dirtiest and most revolting condition I can remember,” said Mr Hampton.

He pointed out that the Oykel is designated a European Special Area of Conservation (SAC) because it supports high densities of fresh water pearl mussels as well as salmon.

He has written to Scottish Natural Heritage (SNH) and Scottish Environmental Protection Agency (SEPA) about his concerns but claims both organisations showed “little interest”.

He also contacted MSP Rob Gibson, who he claimed did not respond, and MP John Thurso who he says “tried” to pursue the issue with the agencies involved but “eventually gave up”.

Mr Hampton fears the problems are likely to continue because the commission has no plans to replant – and even if it did, it would take at least 15 years for the trees to reach the stage of providing a natural flood defence.

“There is indeed a bleak future for local inhabitants. The rules and regulations for private foresters are draconian but for other bureaucracies they are totally ignored. There seems to be no flood risk management plan to alleviate the problems. It is time MPs and MSPs started to manage the bureaucrats,” stated Mr Hampton in his letter.

A spokesman for Forestry Commission Scotland revealed disease had affected the woodland in question and it had been decided to begin felling early.

He said: “Dothistroma Needle Blight has infected pine trees within the upper Oykel catchment area. The disease has the potential to kill trees within two or three years of infection and can cause considerable damage if left unchecked.

“We have been monitoring the disease since 2007, and in 2009 took the decision to prematurely harvest the worst infected areas to try and slow down the spread of the disease and recover the timber.”

The spokesman insisted that the commission was mindful of the effect of felling operations on the water course.

“Water is a key consideration throughout the planning of all our forest management activities. We work closely with neighbouring landowners and consultees to ensure that our activities do not have an adverse impact on water quality and we work to improve the water environment,” he said. “As part of our recent felling activities we completed a small amount of bog restoration work, which should help to slow down runoff from hill land within the catchment.

“We have met Mr Hampton to explain the programme of works and would be happy to do so again.”

Scottish Natural Heritage’s manager for the Northern Isles and North Highland, Lesley Cranna, said: “We are almost finished routine surveys to assess freshwater pearl mussels in the River Oykel, but haven’t fully analysed the results yet.

“We do know that at least one bed of mussels has moved following recent floods, but other main populations in Strath Oykel are still present.

“Forestry Commission Scotland is responsible for assessing impacts of forestry operations on protected areas, including the River Oykel Special Area of Conservation.

“The industry and other agencies, including SNH, rely on the Forests and Water Guidelines to steer best practice. But ultimately, it’s up to all forestry operators to follow these guidelines to minimise impacts to rivers and other freshwater sites.”