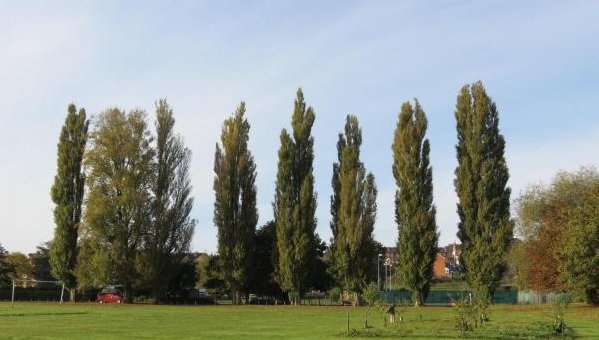 The trees, at Fisherton Recreation Ground, all had a serious disease which was causing them to rot from the inside.

Following a tree surgeon’s report, it was decided they could damage people or property.

The poplars will be replaced like-for-like on two sides, with a mixture of Norway maples and London planes on the third side.

The new trees will be planted immediately and the council will remove old stumps and fallen branches.

City councillor Mathew Dean said it was regrettable that the council had to make the decision but said two experts had concluded felling was the only option.

He said: “We have been very mindful of the need to keep the public informed as we embarked on the work with regular site notice updates.

“Residents in my ward where the trees are situated have generally been very supportive, especially when briefed of the circumstances.”

“They were over a hundred years old and the meadows won’t look the same without them.

“However, safety first and we have been told they are unsafe due to their age.”