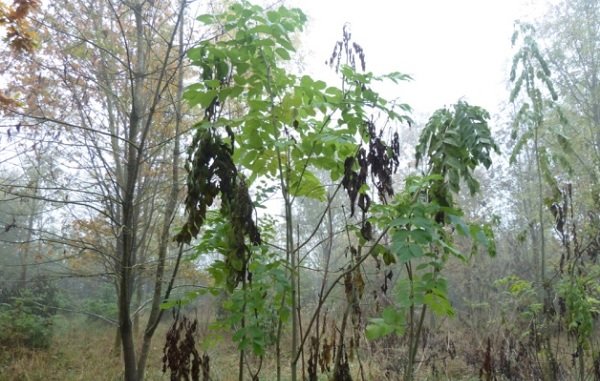 A Narborough-based agri-technology firm which specialises in plant health and nutrition has developed a product which it claims is a preventative treatment for ash dieback.

But it says that its efforts to engage Government agencies to work with them on further research and trialling has been disappointing.

Law Fertilisers Ltd, which has its headquarters in March, has developed its product at its Narborough site.

Managing director Mark Law said: “The trees on which we have carried out trials have shown a heightened level of resistance. The healthy trees which we have trialled have shown an enhanced immune system and we believe our products would be effective.

“We need more trials. We have written to the CLA, Defra and the Forestry Commission to say that we are working on this product and the trials to date are very promising, however we have had very little support.

“We have suggested to the CLA that we should work together as in theory this looks very promising. The current policy of just looking for a genetic solution is misguided or rather defeatist while we feel our initiative will work.”

He said that Law Fertilisers is the only private company across Europe that has shown a positive result in the prevention of the disease, which reduces the trees’ canopy, blackens its leaves and produces lesions on twigs, branches and the main stem.

In response Tim Woodward, CLA East Regional Surveyor, said: “It is likely that fungicidal treatments will only have value for individual specimen trees in parks or gardens, since large-scale spraying of any broad-based fungicide in mixed deciduous woodlands or hedgerows may well be seen as environmentally unacceptable.

“The CLA has lobbied for fungicidal treatments to be thoroughly tested and this has resulted in The Food and Environment Research Agency undertaking some trials, of which we await the outcome.”

The CLA has called on the public to help in the fight against the disease called Chalara fraxinea, by spotting both diseased and healthy trees to assist scientists’ understanding of how the disease spreads and to identify potentially resistant trees.

The online www.ashtag.org project encourages people to submit data and is building up an online picture of where healthy and diseased ash trees are located. Alternatively people can call the Chalara helpline on 08459 33 55 77 or email plant.health@forestry.gsi.gov.uk

The Chalara Management Plan published by Defra last year concluded it is impossible to eradicate and efforts should be concentrated on the management of trees as they became sick and in trying to identify and breed from any resistant ones.