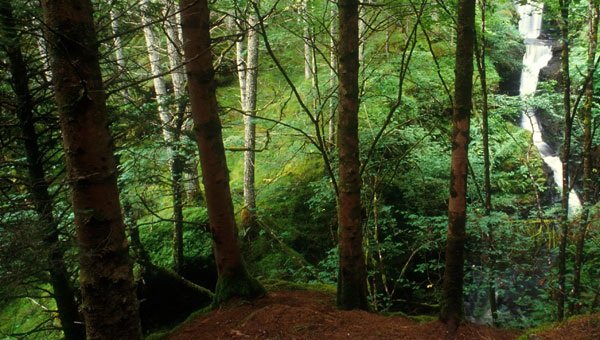 Walking and cycling through forests have become significant features in Scottish life, with the equivalent of everyone in the land doing it more than once a year.

A recent survey carried out by Forestry Commission Scotland, underlines the importance of the publicly owned woods as a recreational and tourist assets.

It reveals that 9.1 million visits are made to the National Forest Estate every year. With a population of 5,327,700 it is almost, but not quite, equal to each of us making two visits a year.

The most popular reason for a visit is for walking with 72 per cent undertaking this activity.

Around eight per cent of all visits were undertaken by cyclists, with the remaining enjoying sightseeing, wildlife and picnics.

Scotland’s national forests are also contributing to the tourism economy. It is estimated around 77 per cent of people spend money during their forest trip.

Commenting on the All Forests Survey 2, Environment and Climate Change Minister Paul Wheelhouse said: “Forestry Commission Scotland is the largest provider of outdoor recreation in the country with hundreds of popular woodland walks, world-class biking trails and welcoming visitor centres.

“It is very positive news that we are seeing so many people visiting the National Forest Estate and taking the opportunity to enjoy Scotland’s outstanding natural environment.

“The Scottish Government is keen to capitalise on this success by widening out better access to our woodlands and providing a greater range of ways for people to enjoy them.”

Other findings from the survey are: 77 per cent of visitors live in Scotland and 15 per cent elsewhere in UK; eight per cent of forest visitors are from overseas; and, June, July and August are the months when most people are likely to visit.

An FCS spokesman said it was difficult to compare the figures to earlier years as the survey’s methodology was different but it offered a more ‘robust’ assessment.