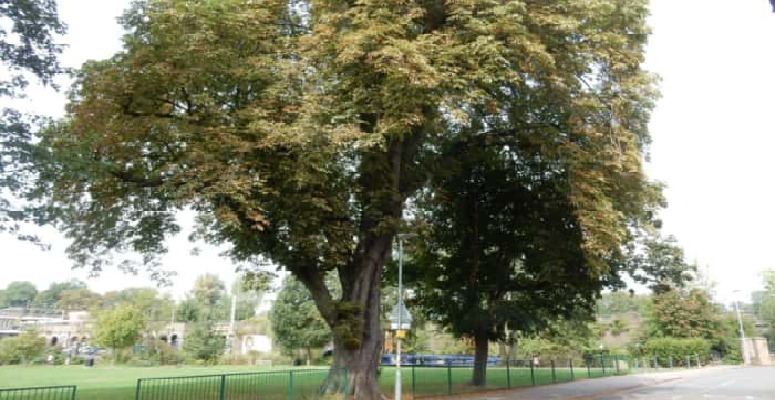 A petition has been launched to save three ancient trees from being chopped down to make way for a temporary car park. Nearly 3,000 people have signed a petition to keep bulldozers from the trees in The Moor, Berkhamsted. Dacorum Borough Council granted consent for the temporary car park while a multi-storey car park is built in Lower Kings Road. As part of plans three trees, one of which is 247 years old, will be removed to allow road access to The Moor.

John Bell, a Berkhamsted resident, who set up the petition against the felling, is pleading to the council to reconsider its decision. He said: “I appeal to the humanity of the officers on the council; these trees will be permanently destroyed and will not come back for generations.

“There is a genuine community feeling behind us and it is about preserving our British countryside.” In a arboricultural report by Dacorum it was deemed the horse chestnut tree would live ‘foreseeably’ less than 20 years.

And its removal would facilitate a dropped kerb and access route for the temporary car park. Patrick Stileman, a tree consultant of 17 years, has disagreed with the council’s reasoning for the felling.

He said: “Attempts to justify the horse chestnut tree for removal were made on the basis that the species is prone to present day pests and diseases making it unlikely to survive for more than 20 years. I strongly disagree with this assessment.

“The tree is affected to a small degree only by leaf disorders and it is particularly unacceptable in my opinion given that it is for a temporary car park only which, within one year, will be removed.”

Mr Stileman assessed the ancient trees through a Forestry Commission method to date it back to 1771. He added: “To give some historical context, in 1771 George III was on the throne and Captain Cook completed his circumnavigation of the world.”

Berkhamsted Town Council Meeting was held on Monday, September 24, to discuss the removal of the trees. 20 Berkhamsted residents were in attendance. Town Cllr Tom Ritchie confirmed in the meeting that he will take the issue to the council’s project leaders. Comment from Dacorum Borough Council was not available in time for press.