Fears protected trees on 255-home estate site may be damaged 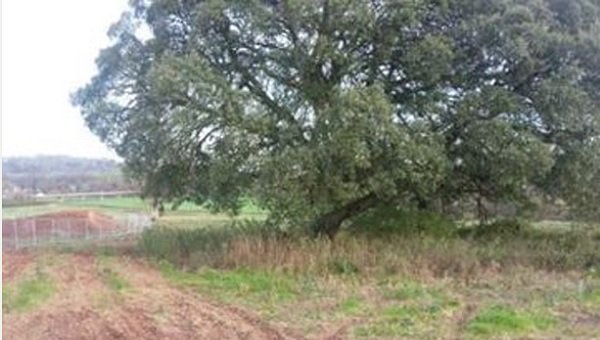 People living near an approved 255-home housing development on the edge of Tiverton fear ancient oaks and other trees could be damaged by pre-construction work.

However, builder Taylor Wimpey insist contractors have not breached any planning conditions and agreement has been reached with the local authority about measures to avoid affecting tree roots.

Plans for the homes at Farleigh Meadows, off Rackenford Road, were approved two months ago with conditions to protect historic trees.

The contractor has taken possession of the site recently and has been using machinery to move topsoil before building starts.

When permission for the development was granted, the conditions included that development would not begin until a tree protection plan had been approved, and that it should be “strictly adhered to before and during construction.”

A separate condition required fencing around trees’ root areas and that only hand-operated tools should be used in protected areas.

Taylor Wimpey said it had not breached the conditions and would comply with all tree protection measures.

A spokesman said: “The works are archaeological investigations, we are required to carry out under the terms of pre-commencement planning conditions.

“These works do not represent the commencement of development under the planning approval, and therefore other pre-commencement planning conditions do not apply to the works being undertaken.

“The development has been designed to retain the trees and we do not wish any harm to be caused to them during the archaeological investigation works, which have been planned and approved by Mid Devon District Council to avoid the trees.”

The spokesman said fencing had been put up to designate tree protection areas in which machinery cannot operate.