Fears as first case of ‘ash dieback’ found in Birmingham 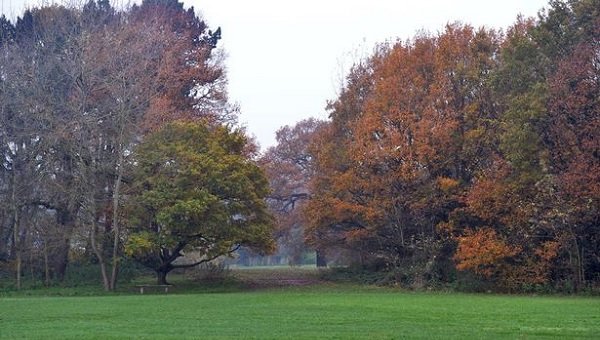 A deadly tree disease that could devastate Britain’s ash population has been found in Birmingham for the first time.

Ash dieback, first identified in Poland more than 20 years ago, threatens to destroy much of Britain’s ash population in the same way Dutch elm disease decimated the elm stock in the south of the country in the 1970s.

The disease, which invariably proves fatal, has been discovered in a number of small recently planted ash trees in Rectory Park, in Erdington, following a routine Forestry Commission inspection.

The Government has been warned the disease could potentially kill up to 95 per cent of the country’s ash population.

With ash accounting for around 30 per cent of England’s woodland the consequences on the landscape could be devastating.

A Birmingham City Council spokesman said: “Chalara fraxinea (ash dieback) has been identified in a small cluster of young ash trees in Rectory Park, the first confirmed case in Birmingham.

“Following an inspection by the Forestry Commission, we will remove all infected ash trees from this area, and continue to monitor other ash trees within the city.”

Although the disease has been in Britain since 2012, cases have so far been mainly restricted to the eastern side of the country with some isolated pockets elsewhere.

One of the countries most seriously affected so far is Denmark, where it is estimated between 60 per cent and 90 per cent of the country’s ash trees have been destroyed.

Ash dieback is caused by a fungus called Chalara fraxinea, the spores of which are spread by the wind, travelling distances of up to 30 miles.

Initial cases were discovered in trees imported from Europe but since then the disease has spread to ash trees in the wider environment.

At present there is know known treatment for it, with infected trees having to be destroyed in a controlled environment.

The affected trees in Birmingham are set to be destroyed in line with “biosecurity protocol” and other sites in the city will be closely monitored. Any other infected trees that are discovered will also be immediately destroyed.

It is thought the council’s tree officers will use a specialist piece of equipment called an air curtain burner to deal with the problem.

Most of the woodland planted by the city council since 1975 contains approximately 10-15 per cent ash species and as Britain’s third most common tree it is found widely in both city parks and woodland.

If the disease were to spread in Birmingham, plans are being drawn up to remove all dead and dangerous ash trees, replacing them with a resistant variety, if one can be found, or an alternative species.

Efforts to spot any signs of the disease are also being stepped-up in the city with guidelines on how to spot the disease having been circulated to tree officers and parks staff.

Ash dieback was first discovered in the UK in a consignment of infected trees sent from the Netherlands to a nursery in Buckinghamshire.

Joe Peacock, spokesman for Birmingham & Black Country Wildlife Trust, said: “It is the first we have heard about it being in Birmingham but we are obviously very concerned about the spread of ash tree dieback and its impact on plants and animals that depend upon ash trees and their role in the wider ecology of the area.

“The loss of ash would have a dramatic impact on our environment and it is something that needs to be taken very seriously.

“It is important there is a science-led and precautionary approach being adopted, a long-term approach to promoting and developing genetic resistance in the native ash tree population.

“It is a difficult disease to deal with but science has to lead what we do and promoting genetic resistance seems to be the way to go.

“Movement restrictions have also been in place and in our work, where we have been replanting into spaces and woodland in Birmingham and the Black Country, we have been unable to plant any ash trees as a result.”

The Joint Nature Conservation Committee (JNCC) said the disease could be a terrible cost to plant and animal species that use ash trees for feeding or as a habitat.