Farmers urged to plant trees to reduce erosion on their land 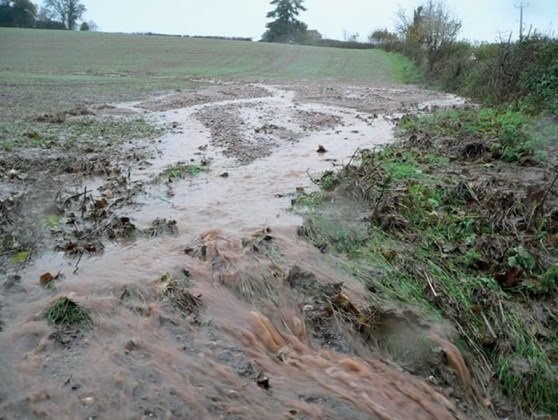 Farmers are being encouraged to plant trees on their land to prevent one of their most precious assets being washed or blown away.

On average 2.2m tonnes of topsoil are eroded annually in the UK, which costs an estimated £200million a year to the industry as a result of having to repeat practices.

The Woodland Trust and Soil Association highlighted how trees can be a part of the solution to water and wind erosion at this week’s Oxford Farming Conference fringe event. Farmers were informed how long-term soil management plans – that incorporate tree planting – can improve the viability and productivity of their farming systems.

Soil Scientist, Professor Mark Kibblewhite, who spoke at the event, said: “Organic matter in the UK’s soils is declining, while compaction and erosion are widespread. A shelter belt or hedge can improve water infiltration rates of compacted soil by 60 times within three years of being planted. Hedges help to control soil erosion by water and by wind and are important infrastructure for soil management.”

Trees don’t have to take up large areas of land

Nuffield Scholar and Director of Abacus Agriculture, Stephen Briggs, discussed how trees have not only lowered erosion on his farm, but also allowed him to produce income-earning crops for longer times throughout the year. He said: “Since integrating apple trees in rows within my arable rotation of wheat, barley, clover and vegetables, my farm has established the largest agroforestry system in the UK. What’s great is only eight per cent of the land area has been used for tree planting – meaning 92% of land is still seeing an economic return from cereal crop production.”

Beccy Speight, Chief Executive of the Woodland Trust, said: “There’s been a growing interest and concern amongst farmers about soil erosion and how this can affect the productivity of their farms. We’re keen to demonstrate how trees can protect this precious resource, whilst at the same time offering a range of other benefits, such as shelter for livestock, pollution abatement and wood fuel.”

The need to help soils thrive

Helen Browning, Chief Executive of the Soil Association, said: “2015 is the International year of Soil and this is a great opportunity to focus attention on this vital but neglected issue. Farmers are just beginning to recognise that we will need to change many of our farming practices to help soils thrive, but we will also need to engage the public, partly because it helps people understand the essence of farming, and also so that everyone who has a garden or allotment cares for their soil really well too.

“Soil husbandry is fundamental to addressing many of the challenges facing humanity, including climate change, biodiversity, flooding and water shortage, plant, animal and human health…what could be more important!”