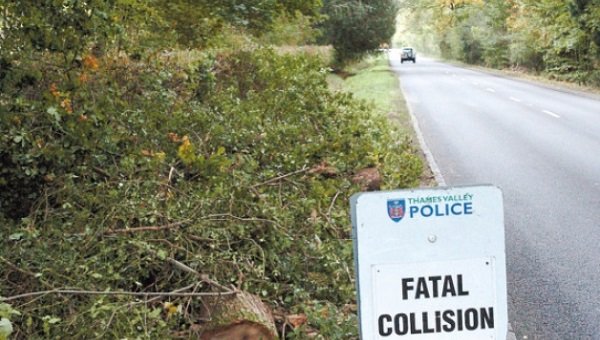 A South Yorkshire man was killed by a falling tree branch – just two days after inspectors gave it the all clear, his inquest heard.

Michael Warren had no time to react as a substantial branch from the mature oak tree crashed on to his Ford Mondeo as he drove through Berkshire.

He died shortly after arriving in hospital following the incident on Friday, October 5, 2012.

His inquest in Berkshire heard yesterday that just two days beforehand, two highways officers from Bracknell Forest Borough Council had carried out a 30mph drive-by inspection of the route – and not flagged up any problems with the tree.

The first day of the inquest, yesterday, heard Mr Warren and his wife Margaret were visiting a relative in Ascot, Berkshire, when they decided to make the short drive into Windsor.

They were travelling along the A332 Windsor Road when the tree fell onto their vehicle.

Mrs Warren said, in her witness statement, she had heard a bang on the car, but was not aware they had hit anything.

When she looked over at her husband she saw he was unconscious.

Witness Carol Robson was driving in the opposite direction when her vehicle also hit by the falling oak branch.

Her car was flung into the air, before overturning and coming to a rest upside down, on its roof.

Forensic accident investigators concluded neither Mr Warren nor Ms Robson had any opportunity to react when the branch crashed 5m to the ground.

The inquest was told that each year the road was subjected to a walking inspection,

It was also told the trees were checked by an expert every five years.

The officers who carried out the most recent inspection did so from a car travelling at 30mph and were also required to look for other issues with the route, such as pot holes.

The three-day inquest is now due to hear from experts on whether the risk of the branch falling was apparent.