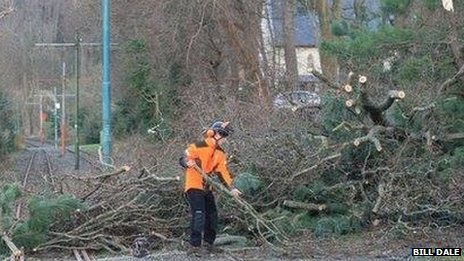 Scores of trees have been removed from roads across the Isle of Man after 70mph winds hit the island overnight.

The Department of Infrastructure said crews worked through the early hours to deal with damage caused by the gale-force winds and heavy rain.

Some homes in the north of the island were left without electricity after power lines were brought down.

Further debris is being cleared by the Highway Services division.

Infrastructure minister Phil Gawne said his staff had worked through the worst of the weather to ensure minimal travel disruption on Monday.

The department also dealt with numerous incidents of localised flooding on Friday and Saturday.