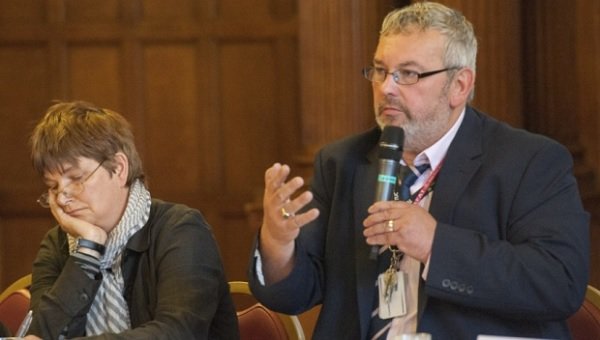 Sheffield Council chiefs must ‘wake up’ over tree felling if they want to ‘survive’, an expert warned at a heated meeting.

Repeated calls were also made at the Sheffield highway tree advisory forum – set up in the wake of major public controversy over tree felling -to halt work until a formal tree strategy is drawn up.

The forum at Sheffield Town Hall was given a presentation about 26 alternatives to cutting down trees which create hazards on pavements and roads, including excavating footpaths of roots, altering pavements and closing roads.

But the talk from Streets Ahead chief Steve Robinson drew heavy criticism.

Panel member Professor Fionn Stevenson, from The University of Sheffield, said: “As an architect myself, I am ashamed of that presentation. If I had given it, I would be sacked.”

Professor Stevenson said there was no ‘tickbox’ solution and ‘pleaded’ with the council to pause work before the controversy went under the national spotlight.

She added: “If this administration wants to survive for the next four years, it needs to wake up.”

Ms Stevenson’s words were met with roars of approval from the audience. Fellow panel expert Nick Sandford, of the Woodland Trust, backed the call for a pause and said he ‘could not understand’ why work was continuing while the forum sat.

Nicky Rivers, from Sheffield and Rotherham Wildlife Trust, called on Coun Terry Fox to answer ‘yes or no’ on a pause.

Coun Fox, the cabinet member for environment, replied: “I am not making a knee-jerk reaction, I have to consider a plethora of information.”