Expedition finds the tallest tree in the Amazon 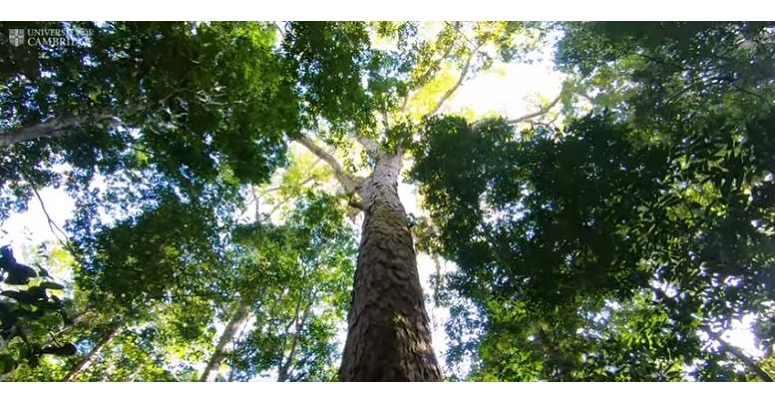 The tree, Dinizia excelsa, known in Portuguese as Angelim vermelho, towers above the previous record holder at a height of 88.5 metres – equivalent to 20 double decker buses. This giant may store as much carbon as an entire hectare of rainforest elsewhere in the Amazon.

The discovery was confirmed after a group of scientists, including Toby Jackson, a plant scientist from the University of Cambridge’s Department of Plant Sciences, embarked on an expedition deep into the Amazon rainforest. There, they measured the tree and collected samples from the vegetation beneath the main canopy to try to understand what makes the site the tree is growing on so special.

The expedition came after Professor Eric Gorgens, a researcher at the Federal University of the Jequitinhonha and Mucuri Valleys (UFVJM), Brazil, discovered a group of tall trees using LIDAR – a method of remote sensing using a laser scanner on an aircraft. The group of trees are growing in a remote region of northern Brazil, far from human activity, and may be over 400 years old.