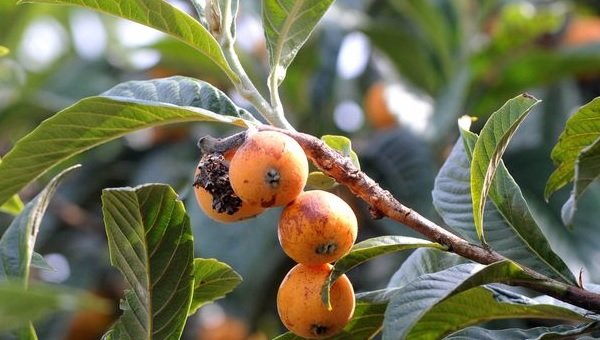 Exotic trees in the garden of a Hounslow home have borne fruit for the first time in 14 years.

Lata Sabharwal planted two loquat trees in the backyard of her house in Beavers Lane, Hounslow West, in 2000, in memory of her in-laws, who had both died earlier that year.

The small orange fruits are abundant in Nairobi, Kenya, where the 73-year-old former teacher grew up, but she said this was the first time she had seen them growing in the UK.

“They were everywhere in Kenya and you see them in Spain, Greece, India and Pakistan but I’ve never seen them growing here in the UK,” said the grandmother-of-three, who has lived in Hounslow for 25 years with her husband Vinay.

“Last year we had a few fruits but you could count them on the fingers of one hand. We used to buy the fruit but now we’ve got so much we’re distributing it to friends and neighbours.”

Loquat trees, whose fruit is described as tasting like a cross between peach, citrus and mango, are native to China but are now found in warmer climates across the globe, from Australia to America.

They have become popular in the UK in recent years, largely for their ornamental value, but gardening forums suggest it takes an exceptional summer for them to produce fruit here.