Every tree in a Charlwood churchyard given protective status 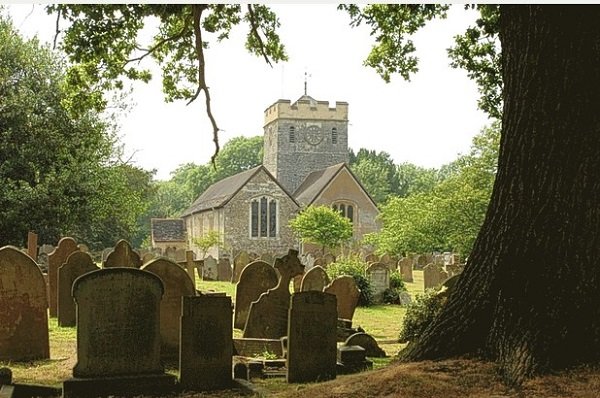 A Scientist has won her battle to protect every tree in a Charlwood churchyard.

As previously reported in the Mirror, proposals to fell three trees at St Nicholas’ Church, and cut back several others, prompted fierce criticism from scientist Dr Jayne Cuthbert, who lives nearby.

Members of the church, in The Street, Charlwood, wanted to carry out the work on more than 30 trees to improve the appearance of the churchyard.

But Dr Cuthbert disputed the decision.

Matt Blake, a spokesman for the district council, said that since the plans were initially put to the council, further public representations had been made over the condition and importance of all trees within the churchyard.

These caused the council to reconsider its stance.

A new statement on Mole Valley District Council’s website said: “The majority of the trees are essentially in a healthy condition and are considered to be of public amenity value to the conservation area and character of the historic churchyard.” As a result, the council decided to serve a tree preservation order (TPO) in September which was confirmed on October 28.

Dr Cuthbert, who said many environmental groups had written to the council about the proposals, welcomed the move.

She told the Mirror: “It had widespread support by many organisations and it will raise the standards throughout the area in terms of respect for trees and the wildlife.”

The TPO does not prevent work on the trees in the churchyard but, if work is proposed, an application needs to be sent to the district council.

Councillors will then grant or refuse permission after a consultation.

Lorne Cox, churchwarden for St Nicholas’, declined to discuss with the Mirror what the church’s future plans would be for the trees.