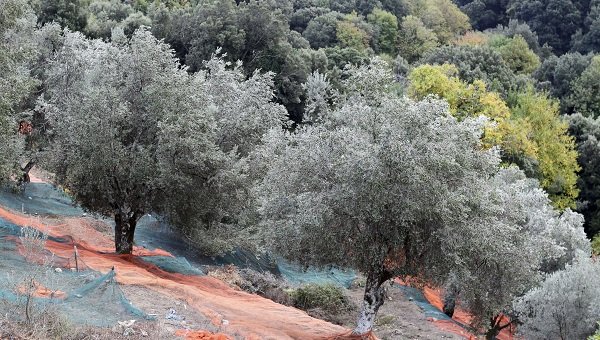 First it was Europe’s ash trees under threat from disease. Now it’s the continent’s olives in the firing line. A killer pathogen that has established itself in southern Italy is now “very likely” to spread, posing a major risk to European olive trees, according to an assessment by the European Food Safety Authority (Efsa).

Xylella fastidiosa, also known as olive leaf scorch, has taken hold in the Apulia region at the southernmost tip of Italy, where several thousand hectares of olive plantations are now affected.

The bacterium kills infected plants by preventing water movement in trees, causing leaves to turn yellow and brown before falling off, their branches following soon after.

Its “establishment and spread in the EU is very likely,” the scientists’ report says. “The consequences are considered to be major because yield losses and other damage would be high and require costly control measures.”

The disease’s impact comes on top of a particularly bad year for Spanish and Italian olive growers in 2014 due to pests and the weather, with harvests in Italy down 40-50%. Spain and Italy account for 70% of Europe’s olive output, leading to warnings that olive oil prices will rise.

“The outbreak in Apulia is very severe,” said Giuseppe Stancanelli, one of the report’s advisors. “The bacteria is deadly and many plants in Lecce province are dying because of it.”

Xylella is an exotic pathogen common in the Americas and the Middle East, which is thought to have been brought to Europe by infected insects carried with plant commodities, or travelling as stowaways.

“There seems to be a link between the changing patterns of global trade and the spread of this disease,” Stancanelli said.

Combating its advance is difficult because insecticides used to kill hosts have their own environmental impacts, the Efsa panel say. Apulia’s centuries old olive trees are also highly valued by Italian farmers, many of whom have resisted eradication programmes.

“There is serious concern that this disease could spread from the Apulia region as it has been increasing in the last few months,” Enrico Brivio, a European commission spokesman told the Guardian. “We will evaluate the situation and decide if additional measures are necessary at a standing committee meeting on the 19-20 January.”

Last November, the commission earmarked €7.5m (£5.9m) for fighting several pests, including Xylella. Some €751,000 of this went to Italy, with the Italian government providing the same amount. The EU will consider new funding to fight the bacteria at the January meeting.

Quantifying the rate of the bacteria’s expansion has been made more tricky by the time lag between a plant’s infection and the appearance of symptoms.

Emergency measures have already been put in place creating infection and buffer zones to prevent Xylella’s spread and mandating surveys on the bacteria’s prevalence.

But the Efsa report recommends the introduction of screened greenhouse production and certification schemes for plants grown in nurseries, along with the eradication of infected insect populations, and specific insecticide treatments for imported plants.