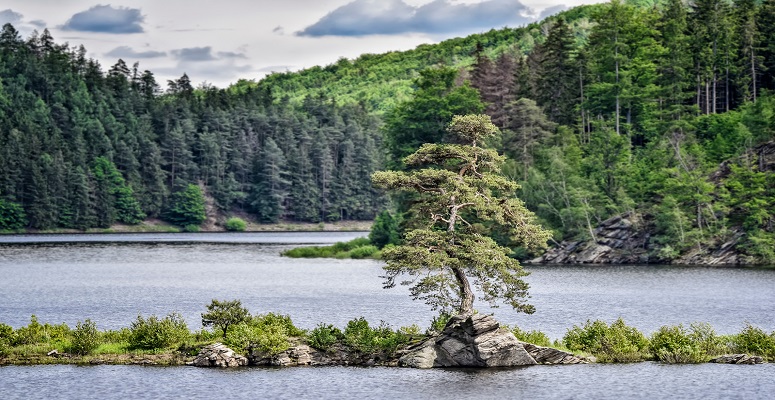 The Czech Guardian of the Flooded Village has won the European Tree of the Year 2020.

The prestigious title of the European Tree of the Year is heading to the Czech Republic. With a gain of 47,226 votes, the pine called Guardian of the Flooded Village left the other rivals far behind.

Silver medal goes to Croatia. Where Gingko from Daruvar obtained 28,060 votes. Close behind in third place the Russian Kalmykia can celebrate, the local Lonely Poplar ended up with 27,411 votes. A total of 285,174 votes were cast during the popular contest this year.

The announcement of the results, which traditionally takes place in the European Parliament in Brussels, went online this year.

Josef Jary from the Environmental Partnership Associations has said:

“We wondered how to convey the joy of the results to sixteen European communities. Finally, we combined the tree stories and personal testimonies of the first three finalists into a video that can now be watched and shared among tree fans across borders.”

The 350-year-old pine grows on the rocky headland of the dam. Its story relates to the flooded village of Chudobín, which ceased to exist due to the construction of a dam.

According to a legend narrated by locals, a devil sat under the pine in the night and played the violin. However, it is much more likely that they were hearing the strong winds blowing over the valley.

This pine tree is not only an important landmark but also an impressive testimony to its high resistance to climate change and human impact.

The contest was organised by the Environmental Partnership Association and the European Landowners’ Organisation.

The Woodland Trust enters a tree selected by the UK public to represent us in the annual contest.

“The Woodland Trust’s placing is tinged with a little disappointment given that the Allerton Oak is a really special tree rooted in the history of the Liverpool area. But it was up against some amazing trees across Europe. The competition has brought some light relief during these difficult times and thank you to everyone who got involved and voted. The spirit of the competition is to come together with our European neighbours to celebrate and spotlight the importance of our trees which play such an important role in all our lives.”

Ladislov Miko, Head of the representation of the EU Commission , Slovakia, announced the winners.

He finished his address by saying:

“Please love your trees, protect them, worship them and make sure they survive for the next generations  UK entry the Allerton Oak, received 16,449 votes putting in it 7th place (of 16 entries).

The Allerton Oak grows in Liverpool’s Calderstones Park. According to legend, judges in medieval times would meet under the branches of the tree, as they lacked a courthouse. Legend also states that the crack in the tree appeared in 1864 when a ship carrying gunpowder on the Mersey exploded. It was heard 30 miles away, and smashed thousands of windows. In World War two, Christmas cards containing leaves from the oak were sent to Liverpool parks staff who were fighting abroad as a reminder of home.