Erlestoke Woods to be closed as dying trees are felled 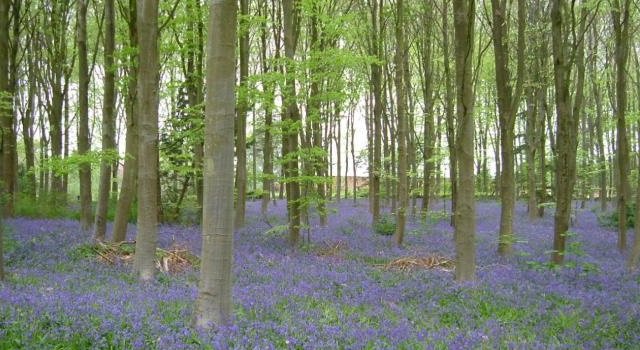 Work to start removing dying trees at Erlestoke Woods has started but forestry operators have pledged that all healthy mature trees such as oaks, beech and ash will be kept.

Landmarc Forestry Operations are cutting down Norway spruce trees that have been affected by green spruce aphid and honey fungus but said the trees has also reached the end of their commercial life.

A spokesman said: “The plantation trees are to be felled as part of normal forest crop management. Only the Norway Spruce will be felled. All healthy broadleaved trees such as oak, beech, ash will be retained. Particular care will be taken to protect the mature trees such as the large copper beech tree.”

During the work, which is due to be finished by early October, the woodland will be closed on weekdays from 6am to 6pm for safety reasons and people are told to keep their dogs on leads.

The work is being carried out on behalf of the Ministry of Defence. A spokesman said: “The trees will be felled by a purpose-built harvester and the timber stacked beside the tracks to be collected by timber lorries, no more than three times a day.

“All operations will be limited to between the hours of 6am and 6pm Monday to Friday. Outside these times the woodland will be open to the public.

Landmarc Forestry assured that once the spruce have been felled a wide variety of new trees will be planted.

A spokesman said: “A total of 3,600 trees will be planted in the late winter months before spring 2017. These will be in tree tubes to protect them from deer damage and provide a microclimate to help each individual tree establish itself.

“Along with the increase in sunlight reaching the woodland floor, the forestry operations will disturb the top soil and expose seed banks. This will encourage the ground flora to quickly recover, including species which may have lain dormant in the soil for many years, further improving the diversity and health of the woodland.”

The long-term goal for Erlestoke Woods is to re-establish the historic ornamental pond system and network of paths if grants can be gained.

Wiltshire councillor Richard Gamble said: “Although there is a risk that the works will be disruptive in the short term, with some large lorries having to negotiate our very narrow roads, the long term ecology should improve.”