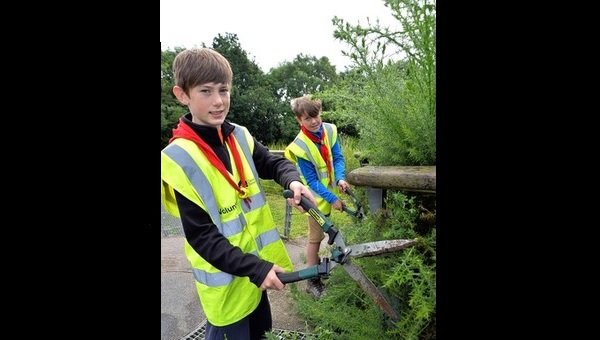 An environmental group which wanted to set up a natural woodland near Market Harborough has given up.

Wellands Woodlands community group has been disbanded after it could not find landowners willing to sell.

It said landowners have told them they were holding on to their property to sell for housing.

Group chairman Michael Hitchcox said: “Our aims were to secure grants, buy land and plant trees to create a haven for wildlife and an environmental amenity.”

The group was launched two years ago on a wave of enthusiasm.

More than 40 people became supporters and a similar number were willing to help plant trees.

They obtained support from grant-making bodies and the Woodlands Trust agreed to provide trees and expertise.

Michael said: “The past 12 months has been spent identifying landowners, contacting them and requesting that they sell land to us so we can create woodland.

“All landowners have said no. Those that offered comment stated they anticipated future conversion of their agricultural land into building land, thus making their land-holding very valuable.”

He said the permission to develop Airfield Farm, on the north west edge of Market Harborough, into a housing estate had made matters worse “as many landowners believe this will open flood-gates to further housing development”.

Mr Hitchcox said: “As we seem unable to purchase land, our dreams of creating woodland local to where we live is unfavourable and consequently there is no point in the group continuing.”

He said the small amount in the group’s bank account would be donated to the Woodlands Trust, in line with its constitution.

Harborough district and county councillor Dr Sarah Hill said she was disappointed the project had failed.

She said: “It is very disheartening that landowners could not spare some land they could sell for this project.

“I do not think there is any suitable local authority-owned land available in the Market Harborough area that could have been considered.”