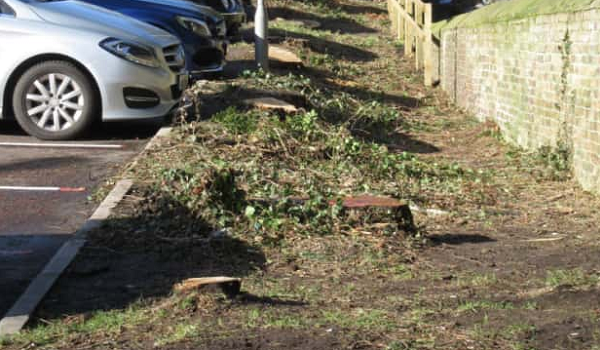 Environmental organisation Alnwick Area Friends of the Earth has raised concerned after some of the 50 trees in Greenwell Lane car park in Northumberland were felled.

Councillors have expressed their dismay that the work has been carried out without members being notified, demanding to know more information and whether further work was planned.

A spokesman for Alnwick Area Friends of the Earth said: “We are very concerned about the recent felling of more than 50 mature trees, which were of visual and environmental benefit.

“The group is worried that there has been no apparent mention of replacements for these trees within the town centre.

“Trees have many benefits which have been proved scientifically, time and time again. 20 Hilarious Construction Worker Mistakes That Will Have You Cracking Up Read More Trendchaser

“Trees are aesthetically attractive and make Alnwick a pleasant environment to live and work in.

“We urge the county council to recognise this and plant more trees to replace what the town has lost through this felling.”

A county-council spokeswoman said: “We were approached by Northumberland Estates, who wished to remove these trees because they were causing damage to their boundary wall and they were wanting to replace a damaged surface-water culvert to reduce the risk of flooding in that part of the town.

“We appreciate the points raised by the Friends of the Earth group and are in discussion with the Northumberland Estates regarding replacement tree planting.”