Is this the end of the ‘war on trees’? UN members pledge to restore woodland 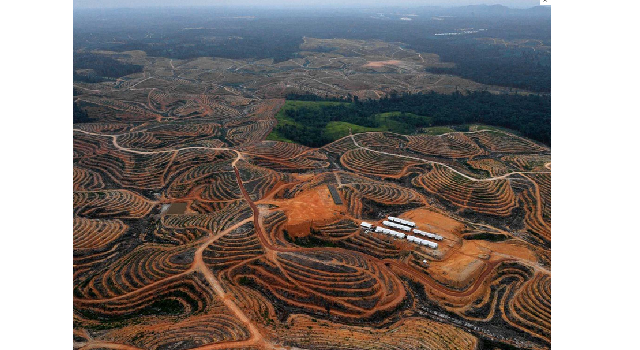 Since the birth of agriculture thousands of years ago, humans have cut down the world’s forests to grow food and expand their population.

But now experts believe the end of our “war on trees” is in sight amid what some are calling a new “green revolution” – finally breaking the causal link between growing numbers of people and falling numbers of trees.

At a United Nations meeting later this month, countries are expected to pledge to restore between 10 and 15 million hectares of woodland and to safeguard significant areas of the Amazon rainforest.

Several of the world’s biggest food firms have already made “no-deforestation” pledges that could substantially reduce clear felling in South-east Asia for palm-oil plantations, and more could sign up at the summit, which is being held in New York by UN General Secretary Ban Ki-moon on 23 September.

While trees are still being felled in alarming numbers, the rate has slowed dramatically. In the 1990s, 16 million hectares were lost every year, but this fell in the 2000s to about 13 million hectares – an area about the size of Greece.

“I think we are seeing a real sea change in the way deforestation is being addressed and prioritised,” he said. “Looking at the list of possible [summit] announcements … there will be quite a few pledges of new funding and of new areas of forest that countries pledge to restore, turning the tide on deforestation, and some key private-sector commitments.” But he cautioned: “Some commitments are still being tied down… It will be interesting on the day to see how much is actually being pledged.”

Mr Christophersen, Unep’s senior programme officer for forests and climate change, said the change in attitudes was partly because of the growing realisation of how valuable forests are. Recent research has added rainfall creation to the list of “eco-system services” provided by trees, such as removing carbon from the air, storing and purifying water, maintaining soil quality and providing a rich habitat. “A lot of these services are outside the market, so they are not priced, but they are priceless in a way,” he said.

In Brazil, deforestation was 70 per cent less in 2013 than average for the decade up to 2005, partly because the soy and beef industries signed up to a moratorium on felling forest for farmland. Brazil has unveiled a plan for an 80 per cent cut by 2020. A report by the US-based Union of Concerned Scientists, called “Deforestation Success Stories”, said in June that Brazil’s actions had “already made a very large contribution to combating climate change – more than that of any other nation on Earth. For this… Brazil can rightfully be very proud”.

In South-east Asia, palm oil has been a main driver of deforestation. About 3.5 million hectares in Indonesia, Malaysia and Papua New Guinea were felled to make way for the crop from 1990 to 2010, says the Roundtable on Sustainable Palm Oil, an umbrella group that includes Oxfam and WWF. The resulting devastation threatens the survival of species such as the orang-utan and Sumatran tiger.

But “no-deforestation” pledges by food giants Wilmar, Unilever and most recently Cargill have raised hopes of a paradigm shift.

Glenn Hurowitz, of US consultancy Climate Advisers and its activist group Catapult, which has helped persuade palm-oil companies to act, said: “This is something of a second green revolution – upending the fundamental civilisational assumption that expanding agriculture was necessarily associated with conversion of native ecosystems. I think the fundamental reality that many of the companies have hit is they don’t need to cut down forest in order to grow.” But he did add that this was partly because there is now so much land that has been degraded by human activity and is available relatively cheaply.

“The war on trees is alive and well unfortunately, but in some countries we are winning battles against the war on trees … I think it is the beginning of the end,” Mr Hurowitz said. “There are countries where forests are actually regrowing, including Europe, the US, India, China and Vietnam, and even some in Africa.”

However, the scale of the problem is daunting. Research by Maryland University, Greenpeace and others, published on Thursday, showed that more than 104 million hectares – three times the size of Germany – of our last remaining undisturbed forests was degraded between 2000 and 2013.