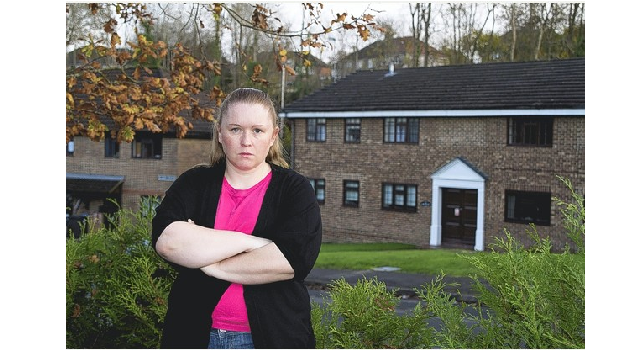 RESIDENTS were “heartbroken” to witness an area of woodland being devastated near their homes in East Grinstead.

Sam Baldery and her neighbours were shocked to hear the sound of chainsaws ripping through trees overlooking the railway line on the Charlwoods estate on Monday last week.

Landowner Network Rail said the unplanned maintenance, which continued the following day, was due to urgent safety requirements

But Mrs Baldery, of Charlwoods Road, feels the work carried out has been to the detriment of people living in the area.

“Unfortunately, the workmen have taken away some of the larger trees that provide cover to reduce noise disruption and screen us from the railway line. Now they have removed these trees we can see the railway line – and the houses on the other side.

“I understand why they have to do this but to see it happen and the landscape changing with each and every cut they make is heartbreaking. They have changed the outlook, taken away screening, taken away homes for wildlife and not replaced the trees with any other vegetation. The supervisor said it would be self-regeneration and next year it would look better. I hope so!”

Mrs Baldery added that, had there been more communication between Network Rail and the residents, it would have been easier to accept.

“Not knowing what is going on and seeing the changes before my very eyes hurt the worse,” she said. “I care about this town. If we had been informed of the works, we would have known what was happening and why, and it would have been easier to accept.

“Whilst I appreciate that safety is paramount and that trees along the railway are removed, I feel that disruption to residents and the environment needs to be considered more.

“I accept the fact that the trees that have been cut down have now changed the outlook from my house permanently, but it has also meant the removal of homes for wildlife and plants that are holding the ground together.

“I do hope that when spring arrives the vegetation and trees recover to fill the spaces that have been left and provide homes for wildlife.”

A few small trees remain in place at the railway line, but the majority of vegetation has been removed.

A Network Rail spokesman said: “Our engineers were sent to Charlwoods Road in East Grinstead to remove a tree that had fallen on the railway.

“While there, they found a number of other trees that were also in danger of falling which had to be removed urgently.

“Ordinarily, we’d aim to make local residents aware in advance of any work taking place, but as this was an emergency we didn’t have time.”