Elm trees set for bright future thanks to new project? 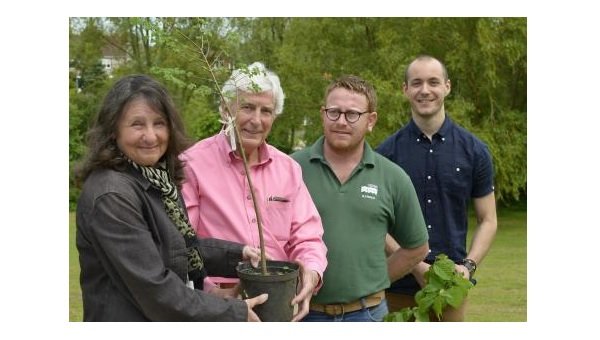 Thousands of the county’s disease-threatened elm trees could have a brighter future thanks to a new project.

Over the next two years the Ulmus Maritime project will work to protect 30,000 rare elm trees around the South Downs following a £98,000 grant from the Heritage Lottery Fund.

Around 30 million of the much-loved trees were killed off across the country as a result of Dutch elm (DED) in the 1970s.

But now the project, with help from East Sussex County Council, will help regenerate the elm population and raise awareness of their fight against the disease.

Through guided walks, workshops and activities, members of the public will be taught how to spot signs of DED and where to report it.

Once reported, council elm experts will decide whether to fell the trees in order to prevent further infection. It is hoped the process will help stabilise the elm population in the county.

Anthony Becvar, East Sussex County Council’s elm tree officer, led a guided walk and talk at the project’s launch in Alfriston on May 17.

He said: “The disease is a fungus which blocks elm trees’ ability to distribute water, resulting in the tree’s foliage dying. The fungus is spread by bark beetles when they feed on the tree and by root systems to adjoining trees.

“DED is most easily identified during summer when infected trees have yellowing and shrivelled leaves.

“The leaves will be brown as the infection gradually spreads down the branch. Infected branches often have brown streaks under the bark that follow the wood grain.

The Ulmus Maritime project is being run by The Conservation Foundation – a London-based group that promotes environmental awareness, action and news.

David Shreeve, co-founder of the foundation, said: “The elm has been a feature of Britain’s physical and cultural landscape since the middle ages but the Sussex coast is one of the few remaining areas to have kept this elm heritage.

“However the elms here too are under threat so we want to help protect these magnificent trees with the support of the public and show how important they are to the region.”

For more information on the project or to report diseased elms, visit www.ulmusmaritime.org and www.eastsussex.gov.uk/environment/woodlands/dutchelms/default.htm