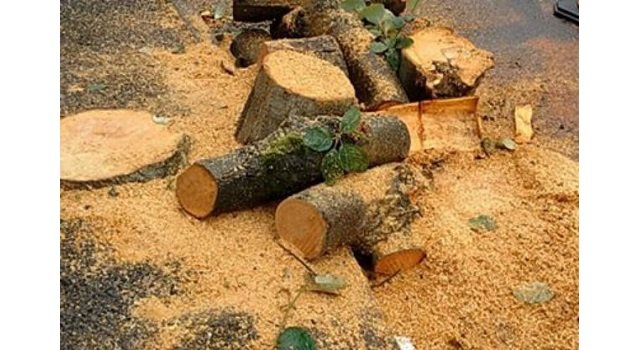 Fourteen ‘rotting’ trees lining a road in Sneinton are being cut down over fears that they could fall over.

Nottingham City Council cut down the 80-year-old trees in Sneinton Boulevard this week after discovering that their roots are rotting.

Passers-by have raised concerns about the tree felling but a council spokesman pledged to replace them.

He said: “We are in the process of felling 14 trees along Sneinton Boulevard as they are diseased and their roots are rotting, which means there’s a risk they could fall over.

“They are up to 80 years old, which is twice the average lifespan of a street tree and while we don’t like to remove trees, there’s really no other option in cases like this.

“This is part of ongoing work to remove such trees around the city, with a programme to replace them over the next few years.”