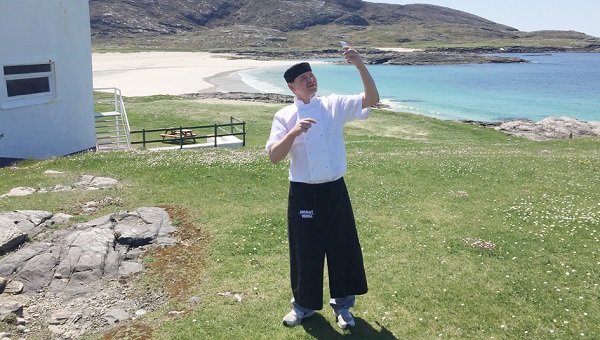 Frustrated EE customers on Barra have been told that “trees are in the way” or “waves have hit the mast” as reasons why the island has been without a mobile phone service for almost three months.

Joan Irvin, manager of the Isle of Barra Beach Hotel, has set up a Facebook page so that locals can voice their anger and also to display the many different reasons the company has given for the lack of service. Another one used was that “your phone is too modern”, while last week EE told Ms Irvin that “everything is working fine” on Barra.

“The situation has been ridiculous,” she said. “There is no service at all in the Castlebay area. We are on Tangusdale beach and it’s no use trying to call local businesses, taxi firms and fishermen, because there’s no reception.

“I live in Northbay and there is a bit of a signal there. EE told us to use wifi but there is no broadband in Northbay apart from Connected Communities. We have a satellite connection with Tooway that costs £60 per month. This has been horrendous from a business point of view.”

A spokeswoman for EE said: “We’re aware that some customers are continuing to experience signal problems on the Isle of Barra. Our engineers have been on site working to address a complicated issue which is taking longer to fix than we had hoped.

“We apologise to all customers and businesses who are affected. We recognise the importance of a reliable mobile signal and would like to assure them our engineers are working to address this as quickly as possible.”

The spokeswoman would not comment on the exact nature of the fault that has deprived Barra of signal coverage for almost three months.