Eco living: is it time to protect urban trees? 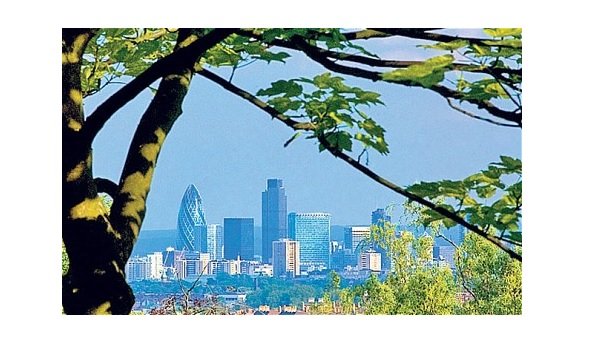 As the summer finally gets under way, spare a thought for the welcome shade, the cool rustle of soft new leaves, the vibrant splashes of green our urban trees provide.

But Britain’s “leafy suburbs”, desirable places to live not just for humans, but an extraordinarily diverse array of bird, bug and plant life, are under more pressure than at any time since the Second World War, arboriculture experts are warning. Now a broad coalition of conservationists, charities and urban planners are urging the Government to give urban trees the same status as other vital infrastructure such as street lighting and utilities.

Not only adding aesthetic value, urban trees perform vital functions in terms of moderating climate, preventing flash flooding and absorbing pollution. Yet, “while rural trees get lots of attention, our urban forest, where most of us live, tends to get forgotten”, says Dr Mark Johnston of Myerscough College, the national centre for arboriculture training.

A combination of local authority budget cuts, disease, insurance claims and the relaxation of planning laws means trees in our towns and cities are facing multiple challenges. Not only have local authority tree maintenance budgets been slashed, but the pressure on councils to remove Tree Preservation Orders (TPOs) has never been higher. Figures from the Planning Inspectorate reveal that the number of appeals against TPOs nearly doubled, from 420 in 2007-08 to 689 in 2011-12.

Normally associated with subsidence claims, this dramatic rise in appeals against TPOs has occurred during a phase of cool, damp summers, suggesting that other factors such as planning pressures and back garden grabs are also threatening trees.

In addition, cash-strapped local authorities simply cannot afford to fight lengthy litigation over trees. Ecologist Gary Grant, who lectures on the value of trees as “green infrastructure”, says: “In London there is a high proportion of trees with TPOs adjacent to property worth millions of pounds. Local authorities cannot match the resources of developers or property owners who want to get rid of a tree.”

In another area of high property value, Poole in Dorset, there have been around a dozen cases of protected trees being cut down in the past five years. Usually the culprits are developers wanting to subdivide valuable coastal plots, dotted with distinctive Scots pines of the Bournemouth coast area.

One case that came to court last year concerned the night-time felling of a 40ft tree in the well-to-do Branksome area of Poole. The tree was blocking panoramic sea views from one resident’s sun deck. “The maximum fine for cutting down a protected tree in the Magistrates Court is £2,000,” says Branksome Park Residents Association chairman John Sprackling. “That figure is just peanuts compared to the value of these plots.”

Ever since the Victorians embarked on their great London plane tree planting project, followed by the inter-war development of garden cities, trees and green spaces have been acknowledged to contribute to the well-being of city dwellers, says Jim Smith, national urban forestry adviser for the Forestry Commission. However, he says that today pressures on trees are “worse than ever”.

Smith is the author of a Defra-commissioned report on urban trees. The report, seen by The Sunday Telegraph, recommends that as well as upgrading the status of trees as essential parts of infrastructure, there should be requirements to plant minimum quantities of trees in new car parks and shopping centres, and better aftercare for new trees to combat the wasteful mortality rate of young urban trees. Jim Smith argues that if the true monetary value of a large urban tree were recognised – one study in London puts it at £8,000 per tree when aesthetic value, flood mitigation and pollution are factored in, making the capital’s arboreal assets worth more than £4 billion – then they might be managed better. “We live in a hard-nosed world and we must prove to the bean counters that trees are worth investing in.”