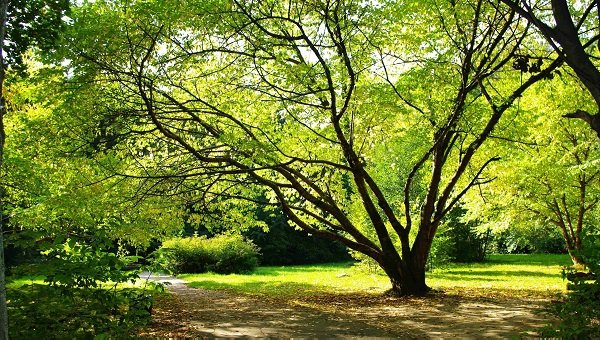 Researchers at the University of Exeter have identified that artificial lighting has been the cause in spring arriving early. This has resulted in trees bursting into leaf a week earlier than estimated, in areas with increased night-time light pollution.

The research drew on “citizen science” data from the Woodland Trust, which asks members of the public to record the signs of the changing seasons, such as bud-burst, in its Nature’s Calendar scheme. Researchers then compared the data highlighting the amount of artificial night-time light across the country and the date at which new leaves first appeared on trees such as sycamore, oak, ash and beech.

Comparing 13 years of data about when the buds were bursting with satellite images of artificial lighting, the researchers found the key sign of spring was occurring up to 7.5 days earlier in brighter areas, with the effect larger in later budding trees.

Excluding large urban areas from the analysis showed the advance of spring was even more pronounced, the research published in the journal Proceedings of the Royal Societ B, found.

This showed the early bud bursting was not simply down to the “heat-island” effect in which cities are slightly warmer than the surrounding areas. The way the effect was seen across all areas also suggests it is not down to temperature rises, instead, scientists raised concerns that the impact of artificial night-time lighting would have a knock-on effect on other wildlife. Winter moths, which feed on emerging oak leaves, could be affected, which in turn could have an impact on birds which feed on them.

Dr Kate Lewthwaite, Woodland Trust citizen science manager, said: “Analysis of Nature’s Calendar data suggests that increased urbanisation is continuing to put pressure on the natural world, in ways that we could not have foreseen.

“As the seasons become less and less predictable, our native wildlife may struggle to keep up with fluctuations that affect habitats and food sources.

“Hopefully this research will lead to new thinking on how to tackle such issues, and will help influence future development decisions.”

Professor Richard ffrench-Constant added: “Our finding that the timing of bud burst of woodland tree species may be affected by light pollution suggests that smaller plants growing below the height of street lights are even more likely to be affected.”

He said research was needed into the impact of artificial night-time lighting on seasonal changes and how different species interacted.