Dying trees in Chestnut Walk Reading to be replaced 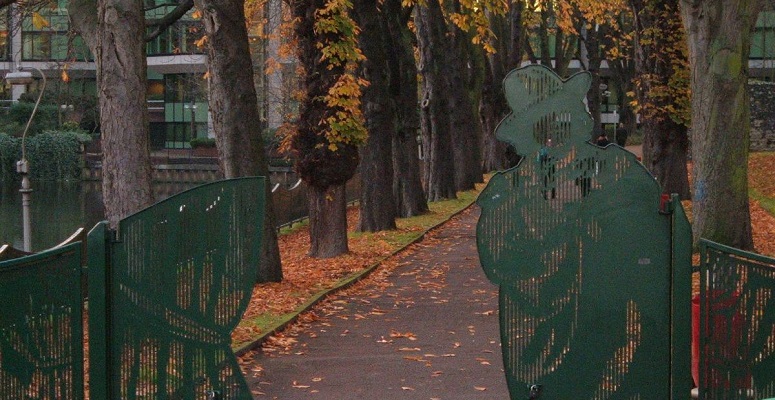 Dying and diseased trees along Reading’s historic Chestnut Walk are set to be removed and replaced with new ones. This is part of a wider £160,000 improvement plan. The plan will also include the introduction of pedestrian lighting and CCTV for the first time along the pathway.

Chestnut Walk is planted with a distinctive avenue of 18 mature horse chestnut trees.

The trees have been declining for a number of years and are suffering from canker, fungal brackets and other defects. A number of trees have previously been felled or heavily pruned after shedding limbs. The most recent inspection, in January 2019, found defects in many trees and they are expected to continue to decline. Due to the result of this inspection report, their complete removal and replacement is being proposed as they represent a risk to public safety.

A total of 18 trees will be felled early in the new year, in addition to the four which had previously been felled. They will be replaced with sweet chestnuts. The council has said that the canopy cover created by the replacement trees will be equivalent to that of the horse chestnuts they will replace.

Chestnut Walk does not currently have any pedestrian lighting. The Council is now proposing a much-needed upgrade to install lighting and a CCTV camera and to re-tarmac the surface.

The proposals will be discussed at a meeting of Reading Borough Council’s Policy Committee on Thursday September 26th.

The Council will source the new trees from British producers, in line with Forestry Commission requirements, in order to avoid importing sweet chestnut blight.

If approved at Policy Committee, work on the overall improvement scheme begins in February 2020 and will aim to be completed by early April. The works will be carried out by the Council’s in-house Commercial Services department, who will use direct labour for the tree installation and utilise existing contracts for lighting and highways improvement works, saving on costs.