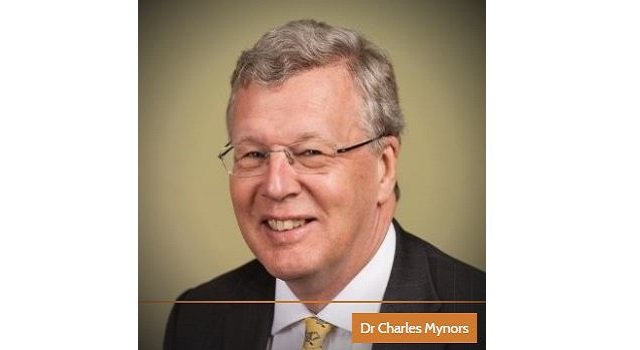 Dr Charles Mynors has been awarded an Honorary Fellowship for his outstanding contribution to the forestry and arboriculture sector.

This distinguished award is bestowed upon individuals in recognition of notable service to the advancement of forestry and/or arboricultural knowledge. It is an exclusive award, with only 14 previously honoured in the Institute’s 90 year history.

Dr Charles Mynors accepted this prestigious ICF accolade in January 2017. The Honorary Fellowship award will be officially presented to Dr Mynors at the forthcoming Trees, People and Built Environment 3 (TPBE3) Conference in Birmingham in April 2017.

On receiving the award, Dr Mynors said: “I am delighted to be awarded this Honorary Fellowship, as I move on to the next phase of my professional career. I have greatly enjoyed working with so many people in the tree world over the last 25 or so years, and it is good to know that they seem to have appreciated my input. Hopefully, the law is now somewhat clearer than it used to be! And, maybe, in my new role I will be able to make at least some further improvements. So I am very grateful for the award, and I send my very best wishes to all concerned. I look forward to being with you in Birmingham.”

In 2016, the Law Commission invited Dr Mynors to lead the project to simplify and consolidate Welsh Planning Law with an aim of replacing it with a new planning Act or Acts of Wales.

Before joining Francis Taylor Building in 1989 Charles was a planning officer in local government for nine years, and is a Fellow of both the RTPI and the RICS, as well being a founder member of the IHBC.

Dr Mynors has successfully written numerous leading textbooks on planning law; The Law of Trees, Forests and Hedges is specifically referenced by the forestry and arboriculture profession. For many years he has been a member of the Editorial Advisory Board of the Journal of Planning and Environment Law; has lectured widely, and is a visiting professor at Oxford Brookes University. Dr Mynors has contributed to Modern Studies in Property Law: Volume 8 (published by Hart in 2015) in the chapter titled ‘Simplifying Planning Law: A More Radical Approach’, and has given a lecture to the Statute Law Society on the reform of planning law

Shireen Chambers FICFor, ICF Executive Director, said: “The Institute is delighted and honoured Dr Mynors has accepted the prestigious Honorary Fellowship award and thanks him for his significant contribution to our sector.”