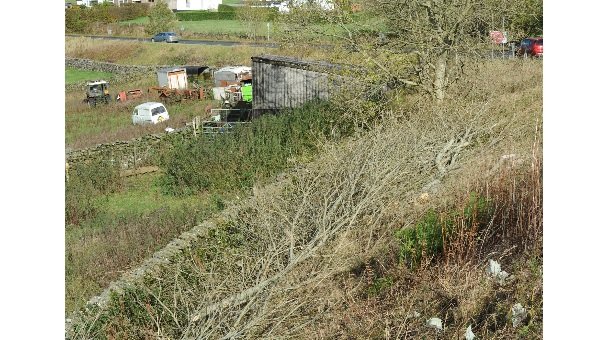 Cumbria County Council has defended its decision to fell trees and greenery beside the A6 for drivers’ safety.

Wendy Chandler, who lives in the hamlet of Watchgate, near Selside, told the Gazette she was “almost speechless with distress and anger” over what she described as the felling of a “beautiful row of ash trees” full of birds and leaves.

Alerted by the sound of chainsaws, a tearful Mrs Chandler said she played “bloody hell” with the county council on the telephone and left “singed air” between herself and the chief executive’s office, as she believed the felling was unnecessary.

However, a county council spokesman told the Gazette: “Our highways team received a comment through our highways hotline about some trees and greenery causing visibility issues on a junction at the A6 near Longsleddale. Following this we sent out crews to assess the situation, who agreed that it posed a risk to drivers who were unable to see oncoming vehicles.

“In these situations the health and safety of the public is absolutely paramount, and we have a duty to protect people travelling on our roads wherever we can.”

Simon Elliott, clerk of Whitwell and Selside Parish Meeting, told the Gazette: “So far as I am aware, it is scrub and saplings, and not mature trees, that have been cut by the highways authority, following long-standing complaints that the visibility has been obscured at the right-hand turn off the northbound carriageway of the A6 at Watchgate.

“Apart from use by local residents, this exit is used substantially by vehicles going to the Selside Church of England Endowed Primary School.”

Mr Elliott added: “The felling has been successful and resulted in a clear line of view – the situation was becoming dangerous.”