Destructive plans to chop down trees on Hampstead Heath announced 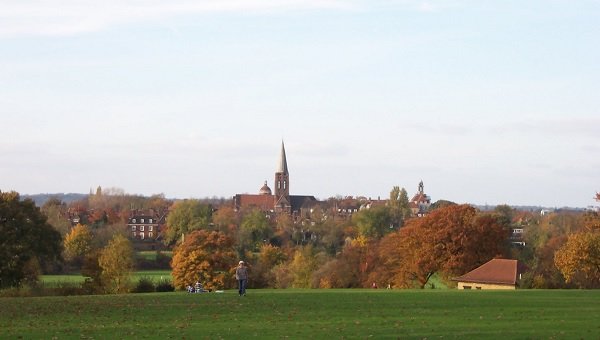 Conservationists have reacted with fury after plans to chop down more than 150 trees on Hampstead Heath were revealed.

A Heath “stakeholders” group was this week told that 162 healthy specimens will be felled as part of the City of London Corporation’s much-criticised dam building project.

The news has prompted claims that some of the Heath’s “most precious” areas will be devastated by the “destructive scheme”.

These include the Stock Pond, which will lose 26 trees, and the Catchpit area, where 71 are set to go.

Campaigner David Lewis said: “Two of the Heath’s most precious locations, the Stock Pond and the Catchpit, a beautiful largely hidden area between the Viaduct Pond and the Mixed Bathing Pond, will be devastated.

“This destructive scheme must not be allowed to go ahead.“

English Heritage received widespread criticism for taking an axe to 23 trees at Kenwood in February despite a successful campaign to save three much-loved large copper beeches there.

Mr Lewis said “much worse is in store for Hampstead Heath” with the latest threat.

It comes as a drive is launched to raise £100,000 for a High Court challenge against the City’s controversial dam project.

The Heath and Hampstead Society, which is leading the Dam Nonsense campaign, is calling on all its members to contribute to the judicial review fund.

Chairman Tony Hillier said the tree felling proposal is “just as disastrous a part of the plans as any other aspect”.

He added: “These measures are not legally necessary and that’s what we’re taking them to judicial review about.”

The Corporation, which manages the Heath, also wants to cut down 15 trees at each of the men’s and ladies’ bathing ponds.

Two of the Heath’s treasured London Planes near to the Hampstead No. 2 Pond will also be removed.

Mr Lewis, co-ordinator of Protect Our Ponds, which supports the Dam Nonsense campaign, alleged the Corporation had not been completely up-front about the situation.

“If you took part in the City of London’s public consultation, you can be forgiven for thinking that the works would be tree-friendly,” he said.

“Far from it. You have been the victim of distraction and omission.”

A Corporation spokesman said no “veteran” trees would be removed and that efforts are being made to bring down the number set to disappear, though it is currently only 0.8 per cent of the Heath’s stock of 20,000 trees.

He said the trees would be removed to “strengthen the ponds, protect them from dam collapse and encourage greater biodiversity in the ponds”.

He added: “We have always said that we would seek to minimise tree loss as part of this important dam strengthening project.”