Destruction of trees on the Abbey Line described as ‘mere vandalism’ 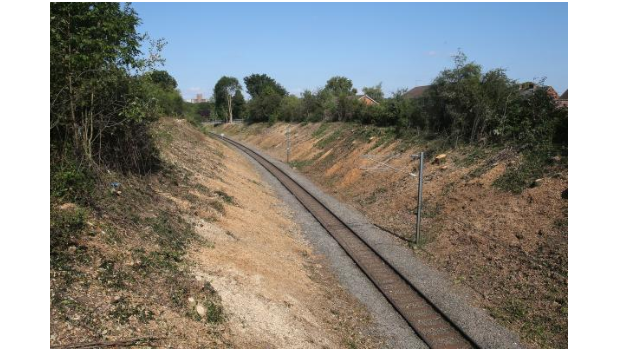 The destruction of trees on the Abbey Line has been described as “mere vandalism” by furious neighbours who believe they were not properly consulted.

Network Rail carried out the vegetation maintenance from St Albans Abbey station to Park Street between August 9 and August 25.

Karen Green lives in Gorham Drive and her garden backs onto the line. The 51-year-old said the works have caught everyone by surprise.

She said: “We were not told the full extent of the work and we were expecting shrubs and lower branches to be cut.

“Instead everything has gone. We were in total shock, which has now turned into anger. We feel misled.

“Apart from the environmental impact we have lost all privacy in our home. We can see directly into other houses – and they can see into ours.”

Mrs Green, who lives with her husband and two children, added: “We are now exposed to noise from the track and road and the rooms at the back of the house are completely exposed.

“We have lived here for 20 years and have never witnessed any vegetation maintenance. Maybe if that had taken place we would not be in this mess. This will have a massive impact on all affected residents.

“This has changed the outlook of our property and in a way our quality of life.

“What is also upsetting is the impact on the wildlife. The trees were home to a host of birds including jays, robins, blackbirds and woodpeckers.”

Irate residents said they were sent a letter detailing the works, but they were not aware of the extent.

David Poor also lives in Gorham Drive and has written to Network Rail demanding that they immediately start a replanting program to rectify the “total devastation” caused.

The former liberal democrat councillor said: “Like other residents living near the railway line we received an innocuous letter from Network Rail saying that they were going to undertake vegetation management works.

“What was not apparent was that this meant the removal of most trees of all sizes along the railway line.  This has affected the way the whole area looks.

“We were proud of our trees now all we have are tree stumps – and many of these have been poisoned to make sure they cannot grow back.

“By destroying the trees and tree roots there must now be a risk that in heavy rain the steep slopes of the cutting and embankment will slide either onto the railway or into people’s gardens.”
Mr Poor said a group has been set up in Sopwell to make Network Rail accountable for their “disgraceful actions”.

Sam Kelly at Network Rail said: “This August we removed trees and vegetation next to the railway between Watford North and St Albans Abbey stations.

“Lineside vegetation can obscure signals, get blown onto overhead lines or on the tracks and into the path of an oncoming train risking a derailment. It can also grow to an extent where maintenance staff do not have a safe place to wait while trains pass. This work also helps to prevent leaves falling on the line which hampers train acceleration and braking.

“During the storms last year, we recorded hundreds of incidents where trees fell onto the railway lines, including on the line between Watford North and St Albans Abbey. These incidents caused significant delays to passengers.