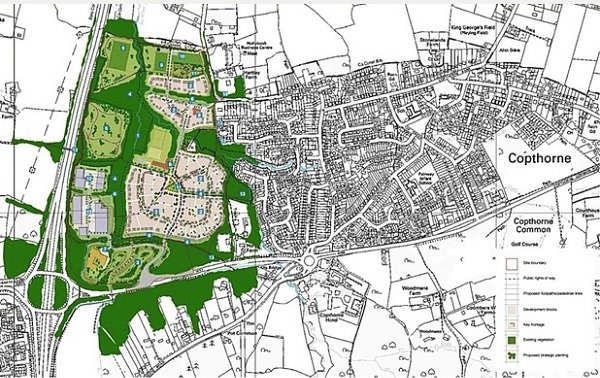 A decision to sell off an area of ancient woodland to make way for a 500-home development is yet to be made.

Developer St Modwen has already secured permission – somewhat controversially – to construct the houses in addition to a primary school and a doctor’s surgery, which would be between Copthorne and the M23.

It is now seeking permission to acquire a section of land owned by Mid Sussex District Council as part of the development known as Copthorne Village West.

At its cabinet meeting held on Monday last week, the district council was recommended in a report from its officers to approve of the disposal of land measuring 1.5 acres, which will be retained as an open space once the project is complete.