David Edwards announced as new president of the ICF 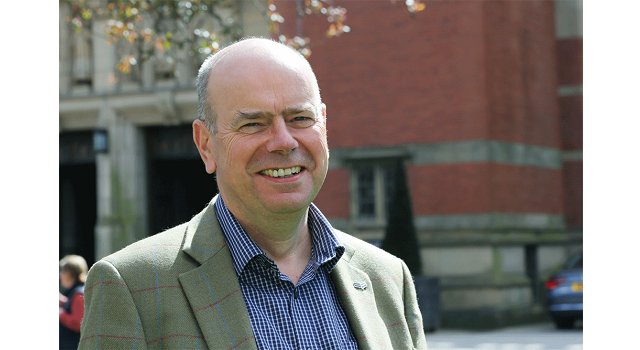 Leading on from a successful first day of the Trees, People and the Built Environment 3 (TPBE3) conference which it hosts, the Institute of Chartered Foresters (ICF) announced its new President following its Annual General Meeting at University of Birmingham, on the evening of the 5 April 2017.

During the meeting, David Edwards FICFor was elected as the successor to David Henderson-Howat FICFor, who stands down after two years in the role. David Edwards’ appointment was disclosed to the public at the TPBE3 Conference Dinner at Birmingham Botanical Gardens in Edgbaston.

Since graduating from the University of Aberdeen in 1984, David has worked in the private sector, holding positions in Scotland, England and Wales. He is currently District Manager – Wales and Marches, for Tilhill Forestry. His broad breadth experience of commercial forestry and landscaping includes ten years working in utility arboriculture on railways and powerlines. Prior to his previous election as Vice President in 2015, David served the Institute as an examiner, member of Council and Professional and Education Standards Committee, Finance Officer, committee member and Regional Group Chairman in Wales, as well as representing the Institute and wider sector externally.

Commenting on his election and role in building on the Institute’s successful growth, David said: “I am honoured to have become ICF’s new President, and I am looking very much forward to continuing the fantastic work of my predecessor, David Henderson-Howat FICFor, and also the Institute’s executive team, during my time in office. We have the highest number of members in the Institute’s history – more than 1700 – and – our aim is to continue to grow the Institute’s membership and reputation.

“The Institute’s members have unrivalled expertise in UK forestry and arboriculture. I look forward to maintaining our professional standards, providing high quality advice to government bodies and clients, and working closely with educational establishments.”

Alastair qualified as a Professional Member of the ICF in 1992 and was appointed a Fellow of the Institute in 2010. He completed an MSc in Forestry & Land Management at Oxford in 1982, and has over 35 years’ experience in the industry, formerly as MD of Fountains Forestry. In 2016 he formed Trioss, a business with global reach, whose focus is organisational development and capacity building in the context of Climate Change Adaptation and Decision Mapping. Its services enable and open new routes to longer term resilience and identify barriers to taking effective action. Alastair was co-opted to the Institute’s Council in 2016 to serve as its Finance Officer.