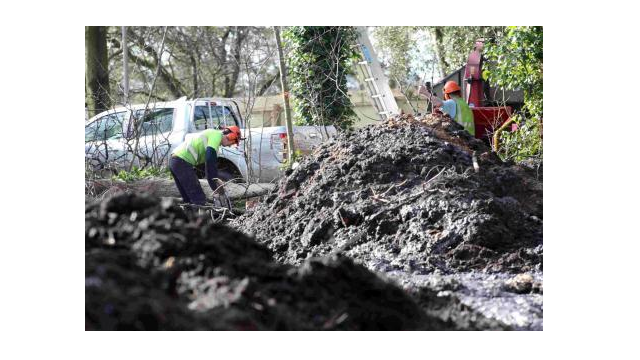 A postponed meeting on the controversial Christchurch tree felling in Druitt Gardens has been rescheduled for August.

Months after the meeting of the audit and scrutiny meeting was postponed by Christchurch council, officers have finally decided on another date. The original committee meeting was deferred after campaigners launched a legal challenge against the authority.

The meeting will take place at the Civic Offices on August 5.

A judicial review was sought by local businessman and campaigner Alistair Somerville-Ford after four trees were cut down in Druitt Gardens in February, just weeks after councillors voted to put preservation orders on them.

The developers, Renaissance Retirement, say the trees were damaged on two separate occasions during an archaeological dig.

They were granted permission last year to build a retirement complex on the adjacent Cornfactor site.

Following the controversy, a full, internal, inquiry was ordered by Christchurch council, who were criticised by residents, campaigners and Dorset County Council’s own tree officer.

Despite the report being released in the run-up to the meeting, councillors have not had a chance to debate its findings, which calls for urgent improvements.

The application for the judicial review was thrown out of the High Court in May.

The audit and scrutiny report details a catalogue of errors made by Christchurch council during contentious tree felling episodes.

Mistakes over previous planning permissions, flaws in last year’s consent, gaps in training and time pressures all contributed to the fiasco and have led to calls for urgent improvements.

Campaigner Elliot Marx, who is also part of the group Trees for Dorset, said the report brought up a ‘number of disturbing acknowledgments by the council’.

He said: “The scheduling of August is likely to be difficult for people to attend. I think it will throw up more questions than it answers.”