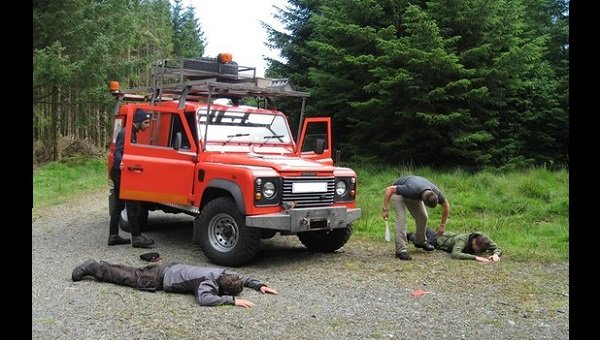 A Redruth-based charity has taken to Bodmin Moor to teach people from all over the UK how to deal with the threat of kidnapping and violent attack when working overseas.

Over the course of last weekend, volunteers for the charity arrived from all corners of the UK to conduct three days of safety and security training.

Mike Metcalfe, the charity’s training and operations manager, said: “According to the UN international aid work has become the one of the world’s most hazardous professions.

“Crime and civil disorder go hand in hand with all major natural disasters and international aid workers are increasingly at risk from violent attack, kidnapping or worse, but fortunately those risks can be slightly reduced by improving our volunteers’ situational awareness and understanding of how certain actions, or failure to act, can jeopardise their collective safety and security.

“As trustees of the charity, we believe that safeguarding our volunteers, making them fully aware of the risks and providing them with the appropriate training is our primary responsibly.”

One of the charity’s volunteers, Joe Lambert, said: “It’s been a fantastic weekend and I feel I’ve learned a lot, not just for overseas deployment, but skills for everyday life.”

DART stands for the Disaster Arborist Response Team and is run from The Elms in Redruth.

The charity was founded Gary Bailey when he returned from a humanitarian trip to the Philippines after Typhoon Haiyan.

He witnessed extreme levels of tree devastation and found that his professional knowledge and chainsaw skills were in greater demand than the tents he carried.