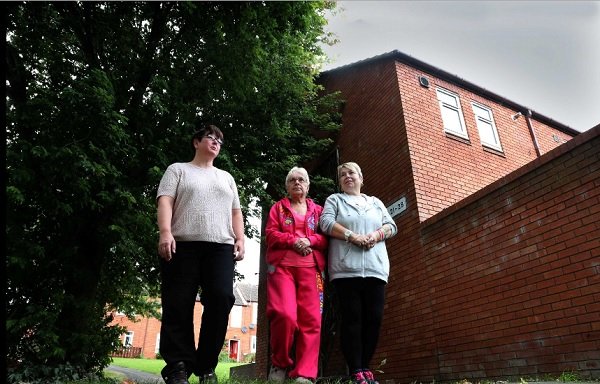 A pensioner has expressed concerns about overhanging trees near her Darlington flat, describing them as an open invitation to thieves and thugs.

Mother-of-seven Maria Burns wants the trees next to her flat in Alfred Street to be trimmed, saying they are blocking light.

The 66-year-old said some residents have to use a torch to see where they are going.

Mrs Burns is also concerned that the overhanging trees could act as a cover for people up to no good.

Darlington Borough Council has promised to trim the branches back by the end of September.

Mrs Burns said: “I have been on at the council for ages, but had no luck.

“One of the trees is growing right over my property and I am worried it is just inviting people looking to break the law.”

Cllr Curry said: “The residents are concerned that the trees are getting a bit dangerous.

“People need to report problems like this to the council when they crop up.”

A council spokeswoman said the authority has a team of arboriculturists responsible for managing trees and hedges.

She said the work in Alfred Street would be carried out in the coming weeks, but work already booked would have to take priority.

She added: “We are aware of the problems at this lady’s property and the work will be carried out by the end of September.

“But there is other work already planned and we have to deal with the dangerous trees first.”